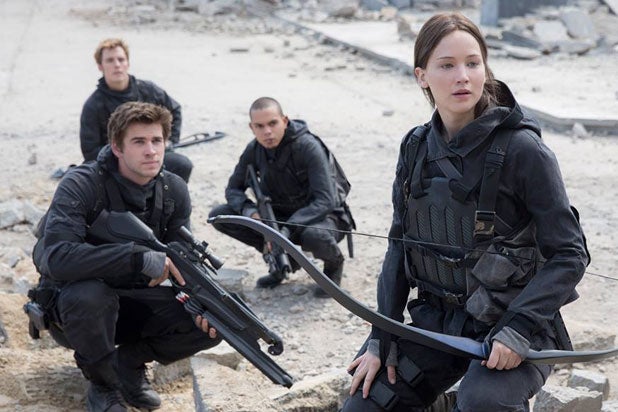 The panels will feature Q&As with the stars and filmmakers of both movies and exclusive reveals and will take place in Hall H on Thursday, July 9 from 12:00-1:15 p.m.

At the Lionsgate Booth (#4045), there will be talent and filmmaker signings, photo opportunities, promotional giveaways, AV and displays for “Mockingjay” and “Last Witch Hunter” as well as “Shaun the Sheep,” “American Ultra” and “Sicario.”

Here is the official info on the studio’s Hall H panel:

The Hunger Games: Mockingjay – Part 2 – a must-see for all, this panel will provide a sneak peek into the powerful final chapter of the epic “The Hunger Games” film franchise. Attendees will be shown never-before-seen footage from “Mockingjay – Part 2” and treated to a Q&A session with the cast and filmmakers, who will reveal details of the big screen finale.