As a federal investigation into Hunter Biden’s overseas dealings continues, White House Chief of Staff Ron Klain attempted to distance the White House from the headlines surrounding the president’s son.

In an interview on ABC’s “This Week,” George Stephanopoulos asked Klain point blank whether President Biden is “confident” that his son “didn’t break the law,” to which Klain gave an unequivocal yes.

“Of course, the president’s confident this his son didn’t break the law,” Klain said. “But most importantly, as I said, that’s a matter that’s going to be decided by the Justice Department, by the legal process, and something no one at the White House has any involvement in. These are actions by Hunter and his brother. They’re private matters. They don’t involve the president. They certainly are something that no one at the White House is involved in.” 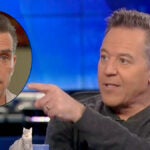 Also Read:
Greg Gutfeld Argues Hunter Biden’s Laptop Could Be the Cause of a Global Famine (Video)

This week, The Washington Post reported that a laptop hard drive allegedly abandoned by Hunter Biden at a Delaware tech repair shop had data showing that entities run by Biden and his uncle received $4.8 million from a Chinese energy firm between 2017 and 2018. The president’s son is currently under a federal tax investigation, though the Post says it is “unclear” whether potential profits from a Chinese state-affiliated company is part of the investigation.

The New York Post first published a story about Hunter Biden’s laptop and the alleged overseas profits that were not reported in tax returns in September 2020, though the report was suppressed by social media sites ahead of the 2020 election out of concern that the report may have been Russian disinformation. The recent reports have been used by supporters of former President Donald Trump to attack the Biden Administration as Trump prepares for a potential 2024 campaign.

Watch Klain’s full interview on “This Week” in the clip above.