Dr. Taylor Hayes is returning to CBS’ “The Bold and the Beautiful.” But this time, the iconic soap opera character won’t be played by Hunter Tylo (pictured above left), the actress who originated the role and held the part for three decades until her 2019 exit.

Krista Allen (pictured above right) has been cast as the new Dr. Taylor Hayes, the psychiatrist who fell for Ridge Forrester, and will make her debut on “The Bold and the Beautiful” on Dec. 10, CBS confirmed to TheWrap.

Following Tylo’s run as Dr. Taylor Hayes from 1990 to 2019, “The Bold and the Beautiful” gave the excuse that Taylor was off doing missionary work outside the U.S. and that’s why she was no longer in Los Angeles with the Forrester family — including her ex-husband Ridge (Thorsten Kaye), who is now romantically linked to Brooke Logan (Katherine Kelly Lang), her son Thomas (Matthew Atkinson) and her daughter Steffy (Jacqueline MacInnes Wood). 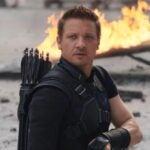 Fans have been clamoring for Taylor’s return for years, as important moments in her children’s lives went by with their mother noticeably absent — and without a great explanation as to why.

According to Entertainment Weekly, which first reported the news that Allen was taking over the part of Dr. Taylor Hayes from Tylo, “The Bold and the Beautiful” reached out to Tylo “about reprising the role but was unsuccessful.”

EW said Allen will start shooting her scenes as Taylor this week, with her first being with Taylor’s ex Ridge and her daughter Steffy. 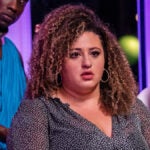 Representatives for “The Bold and the Beautiful” did not immediately respond to TheWrap’s request for further comment.

Allen began her acting career playing Billie Reed on “Days of Our Lives” from 1996-99. Her other notable TV credits include “9-1-1,” “CSI,” “The X-Files,” “Two and a Half Men,” “Baywatch” and “Monk.” Allen recently starred in the TV movie “I Almost Married a Serial Killer.”

She is repped by Adam Park/Park Noack Agency.