"The Hurt Locker’ and "Up in the Air" took top honors from the Writers Guild of America Awards on Saturday night, as the last major Hollywood guild ceremony gave awards to the pre-show favorites but didn’t clear up much when it comes to the screenplay races at the Academy Awards. 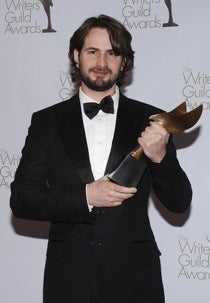 Mark Boal won the award for Original Screenplay for "The Hurt Locker," while Jason Reitman and Sheldon Turner won the Adapted Screenplay award for "Up in the Air."  The award for documentary film went to Mark Monroe for "The Cove."

The WGA Awards are restricted to films written under the guild’s Minimum Basic Agreement or under a collective bargaining agreement of several international guilds.  This disqualified several prominent Oscar nominees, including "Inglourious Basterds" and "An Education."

Given the smaller field, both "Hurt Locker" and "Up in the Air" were considered strong favorites to win WGA honors.

The WGA is split into two separate guilds, one based in Los Angeles and one in New York.  Ceremonies were held by the two guilds simultaneously, with all of the feature film honorees attending the WGA, West ceremony. 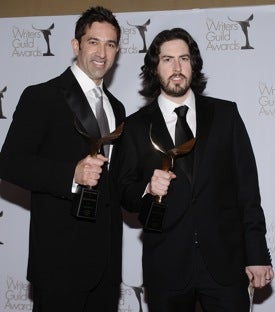 The WGAW event took place at the Hyatt Regency Century Plaza Hotel in Los Angeles, and was hosted by "The Family Guy" writer/producer Seth McFarlane.  The WGA, East ceremony, hosted by comedienne/actress Susie Essman, was held at the Hudson Theatre in New York City.