"The Hurt Locker" continued its remarkable run of awards on Sunday in London, where the Orange British Academy Film Awards named Kathryn Bigelow’s Iraq-themed drama Best Film. Bigelow herself was named Best Director for her taut low-budget film, which has become an Oscar favorite with a string of wins from the critics and the Hollywood guilds.

Although BAFTA generally spreads the wealth and often salutes British films over American ones, "The Hurt Locker" showed surprising across-the-board strength. In addition to its awards for film and director, it picked up honors for Mark Boal’s screenplay and for cinematography, film editing and sound. 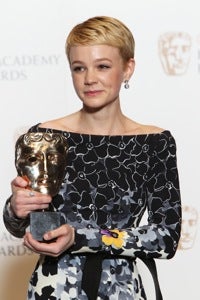 In the past 10 years, the BAFTA winner has been named Best Picture at the Oscars five times. With a BAFTA win on top of honors from the Producers Guild, Directors Guild, Writers Guild, American Cinema Editors and Art Directors Guild, plus numerous critics groups, "The Hurt Locker" has far outpaced any other film this awards season.

Colin Firth and Carey Mulligan won Leading Actor and Actress awards for "A Single Man" and "An Education," respectively, one of the few instances in which BAFTA voters went for homegrown choices over Oscar favorites. (Sandra Bullock was not eligible in the Leading Actress category because "The Blind Side" was not released in the UK in 2009.)

Jason Reitman and Sheldon Turner won in the Adapted Screenplay category for "Up in the Air," beating British writers Nick Hornby ("An Education") and Armando Ianucci ("In the Loop"). 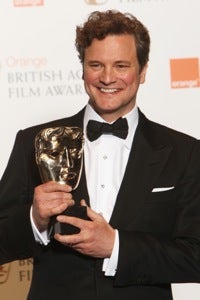 "An Education" went into the ceremony with the most nominations, but had to settle for a single award for Mulligan.

"Up" won in the Animated Film category, while "A Prophet" received the award for Film Not in the English Language.

Kristen Stewart won the Rising Star Award, which is chosen by the public through online voting, over more acclaimed actors Mulligan and Tahar Rahim (“A Prophet”).

Britain’s Prince William, who was announced Saturday as the successor to Richard Attenborough as president of BAFTA, presented Vanessa Redgrave with a British Academy Fellowship during the awards ceremony.