Nicolas Chartier, the "Hurt Locker" producer who ran afoul of AMPAS campaign regulations by sending emails disparaging "Avatar," has been denied attendance at the 82nd Oscar ceremony by the Academy. 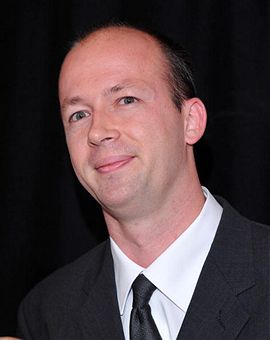 Chartier, a financier who raised the money for the film and would have not been included as a nominee had the Academy not made an exception to its rules, sent emails suggesting that voters choose his movie over “the $500M film.”

It was a clear reference to “Avatar” and a violation of Academy rules that forbid any derogatory references to other nominees. (Fox has disputed the $500 million figure.)

In a press release announcing the penalty, AMPAS said:

"Chartier had recently disseminated an email to certain Academy voters and other film industry figures in which he solicited votes for his own picture and disparaged one of the other contending films. Academy rules prohibit ‘casting a negative or derogatory light on a competing film.’ The executive committee of the Academy’s Producers Branch, at a special session late Monday, ruled that the ethical lapse merited the revocation of Chartier’s invitation to the Awards."

The penalties did not affect the film itself, or its other three producers: director Kathryn Bigelow, screenwriter Mark Boal and producer Greg Shapiro.  With no evidence to suggest that the other filmmakers, the film’s distributor or its P.R. company had any idea about the emails, the committee, according to one insider, drew
"a very clear dividing line between Chartier and the rest of the filmmakers."

The committee reportedly considered recommending that the Board of Governors rescind Chartier’s nomination, but decided against that step.  If "The Hurt Locker" is named Best Picture, Chartier will receive his Oscar statuette at a future date.

Another potential effect of the emails will probably be to significantly lessen any chance Chartier had of being invited to join the Academy.  A longtime member of the public relations branch was expelled from AMPAS after a campaign violation involving “Gangs of New York,” so the idea that they’ll welcome in a non-member whose tickets to the ceremony were revoked seems far-fetched.