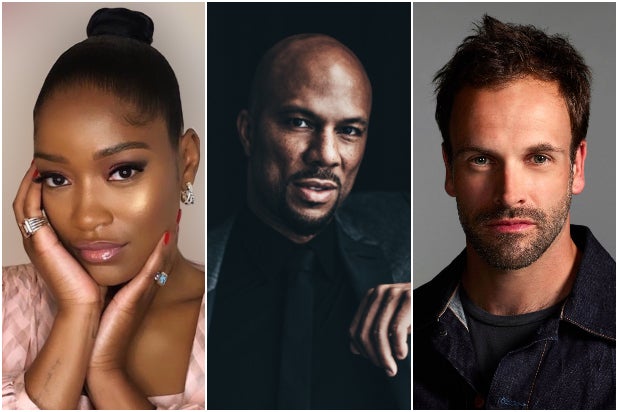 “Hustlers” actress Keke Palmer is set to star in a thriller called “Alice,” with Common and Jonny Lee Miller co-starring.

“Alice”  is the story of a woman trapped in slavery in an 1800s Georgia plantation, only for her to discover upon her escape that it’s actually 1973.

The film comes from writer Krystin Ver Linden, who will also make her directorial debut on the project. Steel Springs Pictures announced the new casting addition Wednesday and is fully financing the project that’s aiming for principal photography to begin this August in Georgia.

Also Read: 'Singled Out' Trailer: Watch People Do the Opposite of Social Distancing in Quibi Trailer (Video)

Peter Lawson (“Spotlight,” “John Wick”) is producing “Alice,” and the executive producers are Jose Agustin Valdes and Luisa Fernanda Espinosa of Steel Springs Pictures. Palmer is also an executive producer on the project.

“Alice” is actually in part inspired by a couple of different true events in Georgia in the late 1960s, though the specifics of the individuals have been changed.

“So many films that depict this time in our history are rooted in victimization of the black female lead. This story is the opposite and that’s what attracted me to Krystin’s perspective,” Palmer said in a statement. “It tackles the harsh realities of slavery and white supremacy while also offering inspiration and vindication through the story of Alice’s journey. I don’t want anyone to leave the theater feeling debilitated, I want them to feel empowered.”

“Black Power is giving power to people who have not had power to determine their destiny. Huey Newton’s resounding quote has been affixed on my corkboard for as long as I can remember picking up a pen to write. Those words echo every creative endeavor that I’ve undergone, so when I read about the true story of a woman who escaped the confines of a self-proclaimed plantation, becomes radicalized and seeks out her oppressor… It spoke to me on a very deep, undeniable level. Keke is a force to be reckoned with. Her talent, truth, strength and depth are beyond words and measure… A virtuoso of Keke’s caliber is a genuine dream to work with,” Ver Linden said in a statement.

“Keke is a prodigious talent and the perfect choice to step into the title role of Alice. This is such an important and emotional project, and when we saw Keke’s passion and vision for this woman and her story, we knew she was the one. With Krystin at the helm, we look forward to seeing her transform into this phenomenal character and bring her riveting story to life,” Lawson said in a statement. “Common and Jonny are the perfect addition to our cast on this very special film. Common just brings so much emotional depth to his character, and Jonny is such a standout performer with the intensity he delivers. With both on board, we have no doubt the chemistry between our cast will resonate with audiences around the world.”

“Alice” marks the first feature film to go into production from Steel Springs Pictures, which was recently launched by Lawson.

Palmer recently starred in “Hustlers,” “Pimp” and the TV musical “Grease Live!” and the series “Scream Queens” and “Berlin Station.” She also hosts the Quibi series “Singled Out” that was just picked up for a second season and is one of the hosts of “GMA3: Strahan, Sara and Keke.”

Common’s upcoming projects include Tate Taylor’s “Ava” starring Jessica Chastain and the sci-fi feature “Nine Lives,” in which he also co-stars with Miller. Common also worked with Palmer as a co-host for the YouTube fundraiser “Bear Witness, Take Action,” dedicated to amplifying and developing the voices of Black creators, artists and their stories.

Miller will next be seen in “Nine Lives” opposite Common, as well as “Settlers.”