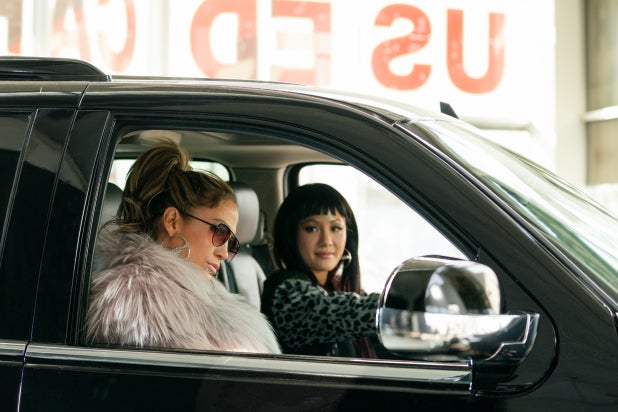 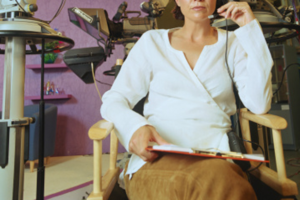 The Robin Hood stripper flick is expected to nab $25 million to $28 million in its debut, which would be a record for the studio

STX Entertainment appears to have a bona fide hit on its hands, and it could not come at a better time.

Welcome to the stage: “Hustlers,” a stripper drama starring Jennifer Lopez and Constance Wu that struts into theaters this weekend amid a rush of festival buzz and rave reviews.

The film, written and directed by Lorene Scafaria, impressed critics last week at the Toronto International Film Festival, where it premiered and garnered some early awards chatter. This, as the studio behind the film, STX, emerges from what has been a cruel summer for its business, box office and financial prospects. STX needs a hit, and “Hustlers” is teed up to be just that.

“The conversation quickly became, ‘We don’t just want ‘Hustlers’ to work, we need ‘Hustlers’ to work.’ We need it to make money because if it doesn’t, the feeling around the office was that the future of the company would be in question unless ‘Hustlers’ performed,” an STX insider told TheWrap. “I think after TIFF, everyone is much more energized, but it’s still in the back of everyone’s minds.”

The studio swooped in to save “Hustlers” last October after the film was dropped by Annapurna Pictures. Annapurna founder Megan Ellison had kicked off a reevaluation of the company’s film business amid money woes, which have also helped color the depressed narrative of indie studios this year. But for a moment the film was left in limbo.

“Hustlers” arrived at STX in the midst of a crumbling planned initial public offering in Hong Kong, which the studio eventually dropped due in part to volatile market conditions. And it provided the studio with a ray of hope following a down 2018 summer, where films including “The Happytime Murders” ($20.7 million), “Mile 22” ($36.1 million) and “Adrift” ($31.4 million) underperformed.

The insider told TheWrap there was nothing but excitement on the studio’s Burbank lot when the indie landed “Hustlers,” especially among female employees in the office who saw the potential for the film to start a cultural conversation.

“Hustlers,” a Robin Hood-esque financial meltdown crime drama — but with strippers, follows a crew of savvy former female exotic dancers at a popular New York strip club who band together to turn the tables on their wealthy Wall Street clients. The film is based on a true story first documented in Jessica Pressler’s 2016 viral New York Magazine article.

Once the film was secured, STX began summoning an exciting cast, adding Keke Palmer, Lili Reinhart, Cardi B., Julia Stiles, Lizzo, Mercedes Ruehl, Mette Towley, and Trace Lysette to the Lopez-Wu duo that was set up when they acquired it.

That’s when STX began cooking with grease. According to the individual, it became apparent that STX might have something special after assembling the cast. It was around the time that Lizzo joined the cast in April 2019, that the studio’s fortunes began to change.

STX went through another dismal bout of film releases after the early success of “The Upside” — another film the studio adopted from elsewhere, this time The Weinstein Co. — in January.

That string of box office duds led — as they do with small and indie studios — to more financial concerns. TheWrap reported in July that STX began scrambling to raise additional capital, even turning to Saudi Arabia and Crown Prince Mohammed bin Salman.

STX launched in 2014 with a $1 billion capital investment, and in March it raised an additional $100 million from existing investors, who include private equity firm TPG Growth, Chinese conglomerate Tencent, Chinese fund Hony Capital and John Malone’s Liberty Global. The major lenders include JP Morgan, East-West Bank and others.

But multiple individuals have told TheWrap previously that the studio has burned through that cash even while seeking to reduce expenses.

The studio also recently pushed the release date of its Chadwick Boseman cop thriller “21 Bridges” two months to November, as well as a Dave Bautista-led action comedy “My Spy,” now set for a 2020 release. STX said at the time neither move was indicative of financial woes or lack of faith in the films.

On top of that, STX, despite firmly being in the Jennifer Lopez business, jettisoned a romantic comedy starring her and Owen Wilson to Universal back in July.

That’s the dusty gravel road that leads to the release of “Hustlers.” The question is whether Lopez, Wu and the glitzy, much-talked about film can help change STX’s narrative and fortunes. The film, which currently has an 88% rating on review aggregator Rotten Tomatoes, is expected to earn between $25 million and $28 million in its opening weekend, which would be a new record for the indie studio.

STX traditionally doesn’t cough up big marketing dollars to promote films, typically to curb costs,  but “Hustlers” seems to be breaking through on the power of word of mouth and its cast. And STX desperately needs that to be the case.