After a long career, Kathryn Hahn is finally getting the dramatic showcase she deserves, playing the neurotic struggling artist Chris Kraus in Amazon’s “I Love Dick” – and finding her own vulnerability in the character’s “roar,” she said at TheWrap’s screening this weekend.

“[Chris] just keeps flinging herself forward. That’s been the fun thing about this part, she really has no shame,” Hahn said of her character — an interpretation of the real-life author/filmmaker Chris Kraus — told TheWrap’s Sharon Waxman.

An adaptation of the 1997 cult novel of the same name, “I Love Dick” hails from writer Sarah Gubbins and director Jill Soloway. Like the book, the series is formatted around letters from Kraus to an artist named Dick, the unwitting subject of her sexual fantasies.

The role of Kraus marks a departure for Hahn, whose previous collaboration with Soloway on Amazon’s acclaimed “Transparent,” saw her playing Rabbi Raquel, the grounded, reasonable foil to the compellingly unlikeable Pfefferman clan. This time around, Hahn gets to be the messy one.

Soloway and Gubbins relocated Kraus’ story from Southern California and upstate New York to Marfa, Texas, the rural art haven known as the home of, among other things, Prada Marfa (a full-scale Prada store in the middle of the desert) and the Marfa Lights (unexplained glowing lights that have been observed since as far back as 1957). The rural town has also served as the site of Oscar-winning films like “Giant,” “No Country for Old Men” and “There Will Be Blood.”

It’s this setting where Hahn’s version of Kraus encounters the “clichéd Marlboro Man” Dick, a revered sculptural artist and rancher played by Kevin Bacon. Dick tears down her credentials as an artist, igniting a psycho-sexual obsession that sees her repeatedly throwing herself at him with reckless abandon.

Also Read: Get Obsessed with Kevin Bacon in the First Trailer for 'I Love Dick' (Video)

The writers’ room for the series is entirely made up of women, primarily playwrights, as is much of the crew. And Hahn says that’s much of the reason she’s comfortable being so naked — emotionally and physically — on the set. “I knew the eyes behind the camera were looking at me with love,” she said.

It also brought a looseness to the set, allowing for “a tremendous amount of autonomy” and extensive improvisation. The scripts serve as “a tether” for the actors, but some of the show’s most effective scenes were impromptu.

“We know where we need to go, but no one feels precious about language,” Hahn said.

Hahn pointed to one scene in particular as having been heavily re-worked on set. In the scene, the character compares the feeling of her film being scrutinized by critics to having her whole world reduced to a grain of sand. Hahn and Soloway worked together to flesh out the emotion and dialogue, drawing from experiences collaborating on the 2013 film “Afternoon Delight.”

“I have a deep amount of empathy for Chris, in the book and in the show,” Hahn said. “Because it’s only out of her failure, and the bravery of being able to look at her failure … and find the inspiration through that for the next thing, to find that passion. [That] is a really brave and difficult thing to do.” 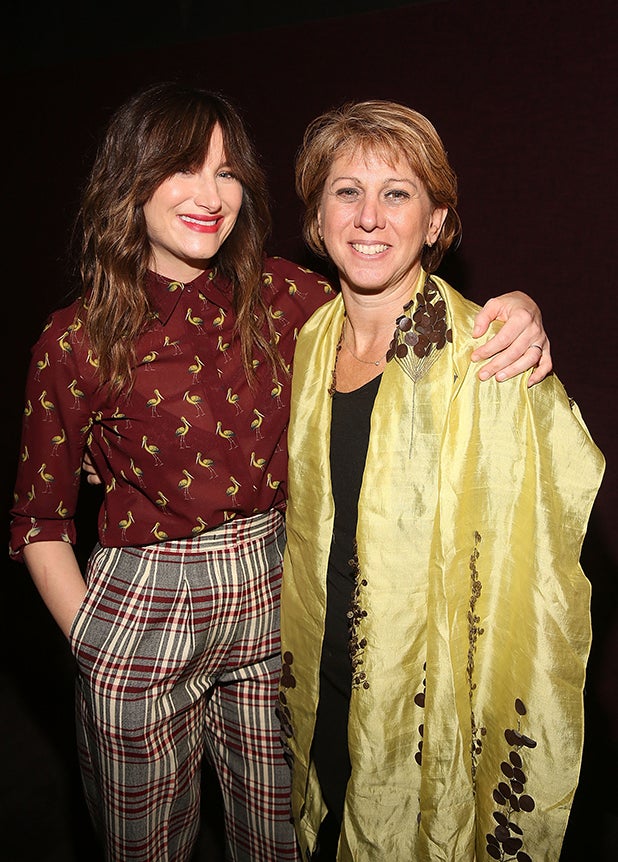