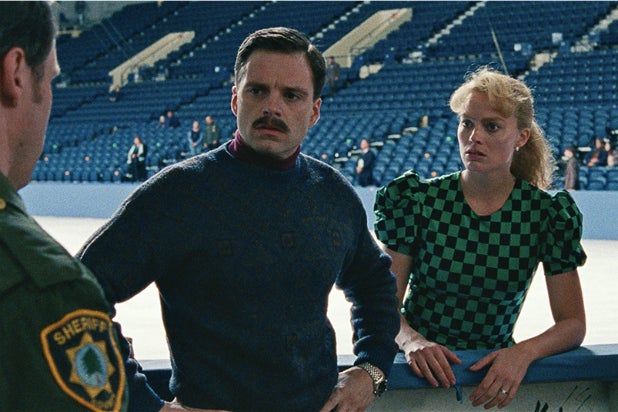 Tonya Harding was a controversial iconoclast within the world of professional figure skating, so it seems appropriate that the story of her life be told in a film replete with contradictory accounts, unreliable narrators, and a general devil-may-care attitude towards the truth. Bustling with manic energy, “I, Tonya” attempts to cobble together a variety of perspectives — including that of the filmmakers — to create a portrait of, and perhaps rejoinder to, history’s assessment of the record-breaking athlete as little more than a ’90s tabloid footnote.

Bolstered by dynamic, memorable performances by Margot Robbie, Alison Janney and Sebastian Stan, director Craig Gillespie (“Lars and the Real Girl”) creates his own dime-store “Goodfellas” with a fourth-wall-breaking true crime tale that effectively uses its subject’s own words to disprove the assertion there’s more to her than audiences think.

Robbie plays Harding, a prodigiously gifted skater who becomes a sensation despite (or, depending upon who you ask, because of) an impoverished upbringing under an absent father and abusive mother, the foul-mouthed LaVona (Janney). Succumbing to the charms of turtleneck-clad doofus Jeff Gillooly (Stan), Tonya struggles both financially and emotionally to balance her own blue-collar tastes and lifestyle with the posh femininity of the skating community. But after repeatedly fighting with judges for equal consideration, Tonya performs a triple axel, an unprecedented jump that forces them to recognize her talents.

Catapulted onto the world stage, Tonya’s lifelong dreams to become an Olympic-level skater finally seem to be coming true. But when Jeff delegates a nasty little bit of psychological warfare against opponent Nancy Kerrigan (Caitlin Carver, “Rules Don’t Apply”) to his overachieving friend Shawn Eckhardt (Paul Walter Hauser, TV’s “Kingdom”), Tonya’s ambitions threaten to collapse as she finds herself caught up in their boneheaded schemes.

From the outset, the script by Steven Rogers (“Love the Coopers”) pretty aggressively disavows the prospect of there being one objective account of the events on screen, be they “the incident” in which Kerrigan got attacked, or Tonya’s abuse claims against her mother and later Gillooly. This has the unfortunate effect of desensitizing the audience to some (likely true) despicable behavior — especially from Gillooly, whom Harding filed restraining orders against — and turning the film, to many, into a Coen brothers-style comedy about dumb crooks and the yokels who love them.

See Photos: The Evolution of Margot Robbie, From 'Neighbours' to 'I, Tonya'

But if you can get past the film’s invitation to laugh uneasily at domestic violence, “I, Tonya” actually has more to say about class warfare waged by the media, and the complex psychological motivations that seem horrible but also just might make some athletes great.

We’ll have to take LaVona’s word for whether or not she was deliberately employing a thankless strategy in pissing her daughter off so she could perform at her best; even Tonya seems mostly nonchalant about her mother’s cruelty in retrospect. But there’s no denying Harding’s very genuine talents, even if the gatekeepers of her chosen sport were determined to do so anyway, thanks to the depressing truth that she wasn’t as polished or graceful (or just conspicuously affluent) as her competitors.

The movie, for better or worse, leans into the characterizations created by the media during Harding’s heyday, but Rogers and Gillespie aren’t quite capable of slowing the momentum of that perception once Gillooly and Hauser begin dominating the story with their mindless criminal enterprises.

Although the CGI used to graft Margot Robbie’s face onto bodies capable of Harding’s figure skating feats is, to put it mildly, distractingly inconsistent, Robbie otherwise plays the disgraced athlete with convincing fortitude and resilience. Watching the actress suck down cigarettes and womanspread her way through the interview segments, you get the sense she spent at least enough time with the real Harding to get a sense of her attitude and mannerisms. Robbie approaches her sincerely even when the movie dissociates from some of the most awful instances of abuse she suffers, lending her fight for professional and personal credibility an understated dignity.

Janney, meanwhile, is a force of nature as LaVona, but her performance lacks some small degree of humanity that might make her somewhat identifiable as anything other than a cruel, self-justifying monster. That said, interview footage that pops up at the end suggests her take on the woman is not far from reality. (The home video release promises to be a treasure trove of material to compare to the fictionalized performances in the film.)

Stan is suitably slight as Gillooly, and he is appropriately dwarfed by the twin suns of Robbie and Janney as women he could and would never possibly outshine. But Hauser is sort of a revelation as Eckhardt, perfectly mimicking his real-life counterpart’s lumbering, too-clever-by-half delusions of grandeur, threatening to steal the movie out from under his co-stars with an exasperating, willful obliviousness to everything up to and including the naked truth, even and especially when it’s thrown directly in his face.

Gillespie makes a half-successful stab at duplicating the dizzying momentum of filmmakers like Scorsese in an effort to give his pastiche of perspectives some cohesion, but it ultimately serves to undermine rather than enhance our identification with Tonya, even if it’s impossible not to feel at least somewhat sorry for her first for being dealt such an awful hand by life, and then by being vilified by the world for playing it the only way she knew how to.

Suffice it to say that if it was “only about the skating” — a request Tonya desperately makes at one point to a panel of judges who see only her frizzy bangs and tacky, homemade costume — there mightn’t be as interesting a film on screen. But as well-rendered and unflinching as is the work done by Gillespie, Robbie and their collaborators, the way that “I, Tonya” approaches Harding’s life virtually ensures that everything else other than what she did on the ice is what she’s remembered for.