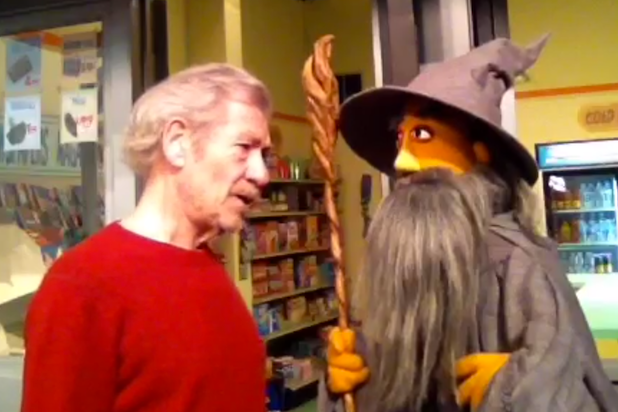 “The Hobbit” star Ian McKellen drops in on “Sesame Street” on Thursday, and a new sneak peek reveals that he takes a poke at his “Hobbit” character Gandalf — while delivering a lesson on the power of good manners.

In a brief but charming clip, McKellen attempts to enter the store, only to be blocked by a felt version of his Gandalf character.

“You shall not pass!” McKellen’s Muppet doppelganger tells the actor.

Fortunately, McKellen knows the magic word to gain entry. You know, the same magic word that your mother taught you about when you got pushy as a kid.

The latest installment in the film franchise, “The Hobbit: The Desolation of Smaug,” hits theaters Dec. 13, Until then, watch McKellen take a stroll down “Sesame Street” below.