All 13 of the West Coast locals in the International Alliance of Theatrical Stage Employees on Thursday recommended that their members vote “yes” on the recent three-year agreement reached with the studios.

The memo sent to members on Thursday tells members to “stay united” ahead of the vote to ratify the contract with the AMPTP, a deal that was reached Oct. 16 and averted what would have been the union’s first strike in its 128-year history. A ratification vote will take place several weeks from now on the tentative Hollywood Basic Agreement.

The unity of the 13 locals is notable after in 2018, Local 700 made up of Hollywood’s editors had a rare break from the parent union over the terms of the previous three-year contract with the studios and recommended its members vote against the deal.

Also Read:
IATSE Reaches Deal With Studios on Contract for Productions Outside LA

IATSE president Matthew Loeb and other leaders have hailed the gains in the most recent contract, it’s been received poorly by some members who feel that the deal does not go far enough to improve the poor working conditions on film and TV sets, a sentiment that has only become more vocal following news that Alec Baldwin accidentally killed cinematographer Halyna Hutchins while practicing drawing a firearm on the set of the film “Rust” last week.

“We stand united in recommending a Yes vote on this agreement. To the thousands of members who are supporting this agreement, we thank you for your vote of confidence,” the joint statement reads. “To those of you opposed – we hear you, we see you, and we recognize we collectively still have work to do to change the culture of our industry. We ask you to stand with us as we move forward.”

Among the terms negotiated were a 54-hour turnaround period on weekends for productions and 10-hour turnarounds daily, capping the limit on shoot days at 14 hours for all productions including first-season TV shows that frequently ran over that limit. Positions like script coordinators that have been paid as little as $16 per hour will also see their pay jump to $23.50 per hour, eventually rising to $26 per hour by 2024. 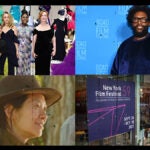 Also Read:
What’s Next for Film Festivals After a Pandemic Year of Mostly Virtual Events?

IATSE also reached a deal with the studios for productions that take place outside of Los Angeles. And as with the Hollywood agreement, IATSE locals nationwide will hold meetings with members to discuss the finer points of the Area Standards Agreement prior to the ratification vote. The final draft of the agreement is still pending as the specific contract language is still being developed, a process that takes longer for IATSE than other Hollywood guilds as the deal covers conditions for a wide range of below-the-line professions.

“Our future success will depend on our ability to stay united rather than being divided. That only serves our employers. Let’s move forward together and take ownership in advocating for the long overdue cultural change needed in this industry,” Thursday’s memo continues. “It doesn’t stop here, and in fact, it has just begun. We are committed to doing this work together. This contract is only one of the tools we have at our disposal. Ultimately our solidarity is more powerful than any words on paper could ever be.”

Read the full memo sent to members and signed by leaders of all 13 IATSE West Coast locals below: