As talks between the International Alliance of Theatrical Stage Employees and Hollywood’s studios reach a “critical juncture,” guild president Matthew J. Loeb is calling for “combined solidarity” among the entertainment industry’s below-the-line workers as the possibility of a strike rises.

“We are united in demanding more humane working conditions across the industry, including reasonable rest during and between workdays and on the weekend, equitable pay on streaming productions, and a livable wage floor,” Matthew D. Loeb, president of the international union, wrote to members on Wednesday.

The exact timetable of when a strike authorization vote might be presented to IATSE members is unclear. The guild and the Alliance of Motion Picture and Television Producers, which represents the studios, failed to come to terms on a new bargaining agreement prior to the Sept. 10 deadline but are continuing to operate under the previous agreement as talks continue. Both IATSE and AMPTP are not speaking to press as the talks continue. 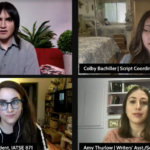 Guild insiders say that while there is concern among some members about a strike that would leave them without income shortly after a pandemic shutdown that put them out of work for months, the general consensus is that now is their best opportunity to achieve long-sought labor goals. These include a limit on shooting hours to avoid 14-hour workdays and shoots extending into the weekend that has led to serious physical and mental fatigue that, in some occasions, have led to preventable accidents.

IATSE Local 871 is also aggressively pushing for improved pay for its members, which include script coordinators and art department coordinators. As members of the local told TheWrap, the average hourly wages for these workers is below the cost of living in Los Angeles and has left many members of the local struggling to pay rent despite working upwards of 12 hours a day.

Loeb also notes in his memo that this pay disparity comes despite immense profits for studios thanks to new streaming services like Disney+ and Peacock and a surge in demand for productions to provide new movies and TV shows for those streamers. IATSE has begun reaching out to members to make them aware of a potential strike authorization vote, which would not immediately trigger a strike but could give the guild’s bargaining committee more leverage.

“If the mega-corporations that make up the AMPTP remain unwilling to address our core priorities and treat workers with human dignity, it is going to take the combined solidarity of all of us to change their minds,” Loeb wrote.

Between the demand for streaming content and delays forced by the pandemic, studios have been trying to resume production as quickly as possible. FilmLA reported that on-location shooting in Los Angeles in the second quarter of 2021 exceeded the average for second quarters prior to the pandemic with 9,751 shoot days logged, thanks in large part to TV production.

A strike now, obviously, would bring all that momentum to a halt, meaning that IATSE may have more leverage at the negotiating table than ever.

“We have to get this done no matter what it takes,” said one IATSE member who spoke anonymously. “We can’t keep working for this little at this pace. You know how we’re seeing wages go up elsewhere because people aren’t willing to work for minimum wage? People know we can’t go back to the way things were, and I think we know that too.”