Below-the-line film and TV workers in the International Alliance of Theatrical Stage Employees (IATSE) are two days away from their Monday deadline to reach a new employment deal with the Alliance of Motion Picture and Television Producers (AMPTP) — or else shut down much of domestic production.

If a deal is not reached by Monday, Oct. 18, at 12:01 a.m. PT, union members will begin a nationwide strike that would set in motion the biggest work stoppage over a labor dispute since the 2007-08 strike by the Writers Guild of America. It would be the first strike for IATSE in its 145-year history.

With the clock ticking, TheWrap breaks down what you need to know about the dispute and how it could impact your favorite TV shows and movies. 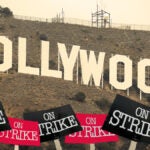 Also Read:
How Hollywood Is Bracing for Another Shutdown as IATSE Strike Threat Gets Real

IATSE represents below-the-line workers such as costume and set designers, makeup artists, script coordinators, camera operators and many more of the on-set workers that are not the actors, directors or writers (each those have their own separate labor unions). For months, the union’s leadership has been negotiating for a new labor deal with the AMPTP, which represents the studios and production companies. The current agreement between the two expired last month.

In total, IATSE represents over 150,000 workers in the entertainment industry in both the United States and Canada. However, the current dispute covers 60,000 workers in film and television in 13 West Coast locals as well as 23 locals that work on film and TV shoots nationwide. Those who work on commercials or for premium cable networks like HBO and Showtime would not participate in this strike, as those networks have a separate agreement with producers.

2. What is the impasse over?

IATSE leadership has laid out four main areas of concern it wants addressed as part of any new deal:

- Excessively unsafe and harmful working hours
- Unlivable wages for the lowest-paid crafts
- Consistent failure to provide reasonable rest during meal breaks, between workdays, and on weekends
- Workers on certain “new media” streaming projects get paid less, even on productions with budgets that rival or exceed those of traditionally released blockbusters.

Broken down a bit more specifically, IATSE seeks a hard limit on shooting hours to avoid 14-hour shoot days that can lead to exhaustion. They also want increased contributions to the union’s health and pension plan. But perhaps the biggest issue — one that all of Hollywood labor is facing — is increased wages and compensation for workers at a time when the streaming boom has caused rapid growth in production demand and profits.

This is also coming a time when studios are already trying to make up for lost time due to the months-long shutdown last year because the ongoing pandemic. 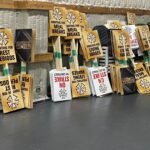 Also Read:
The Wrap-Up Podcast: What an IATSE Strike Would Mean

3. Could a deal still be reached?

IATSE president Matthew Loeb has set the deadline for a new deal to be reached at Monday, Oct. 18 at 12:01 a.m. PT (or 3:01 a.m. ET for the East Coast members).That means there are not only two days left to avoid what would be a catastrophic work stoppage for the industry.

There is growing optimism that a deal will be reached to avert a strike. The two sides have made “very good progress” and a deal is “in sight.”

At the same time, IATSE has instructed its members on what to do if the strike begins on Monday. Many production crews left work on Friday with all of their equipment, planning for the possibility they will not be returning to their workplaces for awhile.

Earlier this month, IATSE members overwhelmingly voted in favor of a strike authorization (this came after many months of talks that went nowhere). That gave Loeb the power to do what he is now threatening: To authorize a strike, which now has a Monday deadline.

Since that Oct. 4 vote, both sides have returned to the bargaining table, though the IATSE has accused AMPTP of dragging its feet and not understanding the urgency of the situation. “The pace of bargaining doesn’t reflect any sense of urgency,” Loeb said in a statement to members on Wednesday. “Without an end date, we could keep talking forever. Our members deserve to have their basic needs addressed now.” 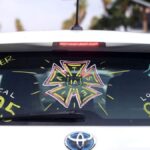 4. What films and TV shows would be impacted?

As with the three-month WGA strike 14 years ago, an IATSE strike would deal a massive blow to an industry that is still getting its feet back from pandemic-induced shutdowns. Virtually every U.S. TV and film production (including those still in postproduction) would effectively come to a halt.

Broadcast TV will feel the first effects since most primetime scripted series are produced much closer to their air dates and roll out weekly. For example, “United States of Al” had just finished production on the second episode of its season (that episode will air this Thursday) when they decided to rewrite this season’s premiere episode to reference the fall of Afghanistan — which happened in mid-August.

Shows that air daily and are not filmed far in advance could also be heavily impacted, from daytime talk shows to late-night shows — at least ones shot on the West Coast like ABC’s “Jimmy Kimmel Live!” and CBS’ “The Late Late Show With James Corden.” (East Coast productions, including NBC’s “Saturday Night Live,” would not be impacted as much, according to one network insider.)

Even productions shooting outside IATSE’s jurisdiction in North America that may hire local, non-IATSE crew members would be affected, as most still hire IATSE members for key department head positions like lead costume designer, cinematographer and lead makeup artist.

Streaming services, particularly Netflix, appear to be in the best position to withstand a shutdown, given that production for much of their content is completed months ahead of time. (This is the same reason that Netflix was more insulated from COVID shutdowns — the streamer had so much content in the can.)

5. Will any TV and film projects be able to continue during a strike?

The current contract talks do not cover TV commercials, animation projects and shows for pay cable networks like HBO, Showtime and Starz (BET shows are also not affected).

Also Read:
Inside the Grassroots IATSE Campaign to Pay $70,000 in Back Dues for Strapped Members Ahead of Strike Authorization Vote
x