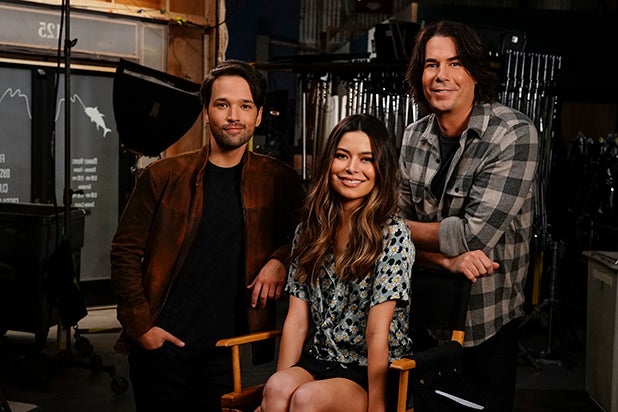 The original iCarly series, which ran from 2007 to 2012, followed a group of best friends creating a webcast while grappling with everyday problems and adventures. The 13-episode season picks up nearly 10 years after the original show ended, and finds Carly Shay (Cosgrove) and her friends navigating work, love and their family in their twenties.

Trainor and Kress will also return to the series as Carly’s brother Spencer and friend/love interest Freddie, respectively.

“Being on the iCarly set has always felt like a second home to me and it’s so awesome to be back with my pals Jerry and Nathan,” Cosgrove said in a statement. “We served up spaghetti tacos over 10 years ago, and I can’t wait to show you what we’re cooking up next with Nickelodeon for Paramount+!”

The revival will is slated to premiere on Paramount+ this summer. The pilot is written by Ali Schouten (“Diary of a Future President”), who also serves as executive producer, and Jay Kogen (Nickelodeon’s “School of Rock,” “The Simpsons”).