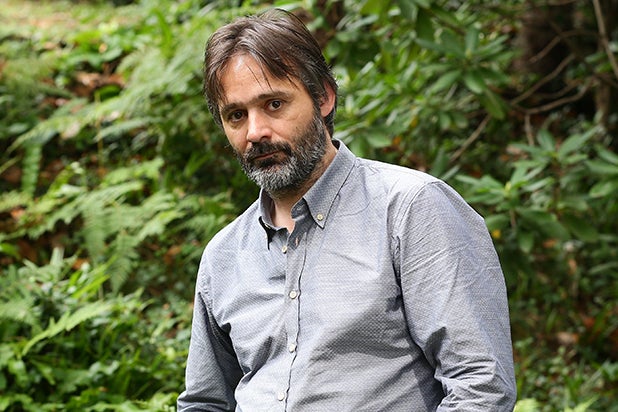 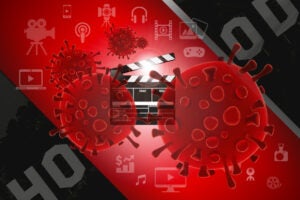 “Katla,” a new Icelandic Netflix series from “Adrift” director Baltasar Kormákur, is in production right now — one of the only film or TV productions of any kind happening anywhere in the world.

How is that possible? The Icelandic film industry is proceeding very carefully, with safety and testing protocols that could potentially be a model for productions worldwide — or at least for foreign crews that might be allowed to shoot in Iceland as early as next month.

It’s also possible because Iceland, with its population of just over 364,000 and many wide-open underpopulated spaces, has been largely spared in the coronavirus pandemic — reporting just over 1,700 cases and 10 deaths so far (with widespread testing of residents). With more people currently recovered from the virus than are newly testing positive, Iceland officials are optimistic that the country could be COVID-19-free by the end of May.

Einar Hansen Tómasson, Iceland’s film commissioner, said he expects local film and TV production to pick back up again on May 4 when the government expands the limit on gatherings to 50 people. (The country’s Directorate of Health currently allows gatherings of 20 people, with six-foot social distancing.)

“Katla” and other smaller commercial productions have proceeded cautiously to resume production amid the pandemic. Kristinn Thordarson, the chairman of the Association of Icelandic Film Producers, said crew members are color-coded by department and directed to stick to certain areas on set at any one time. For instance, 20 cast and crew members may be gathered around the camera, while another 20 are restricted to base camp.

Thordarson added that on “Katla” specifically, the largely Icelandic crew was all tested for COVID-19 before they were cleared to begin working on the series, with a 24-hour waiting period for test results. Although travel from outside Iceland is prohibited until at least May 15, foreign crews could potentially operate under similar protocols on arrival.

As for hair and makeup artists who have to work with actors at the base camp off-set, crew members are given protective gloves and have hand sanitizer available (hair salons throughout Iceland are actually meant to open in mid-May).

Netflix had no comment for this story. Netflix also did not make any producers from Kormákur’s RVK Studios, which is working on “Katla,” available for this story.

Also Read: How 'Joker' Composer Hildur Guðnadóttir Used 'Macho Chords' to Get Inside the Character's Head

Thordarson said business is picking up in Iceland immediately, and without the aid of tourism, he’s hopeful that film and TV productions coming in from abroad could help bolster the economy.

“They look at it very positively, because this could bring in film productions and a lot of work if done properly,” he said. “It’s just a matter of being careful and moving along slower than usual. But by containing everybody, then there is very little possibility of infection, because there’s nobody coming in and out of the group.”

Iceland is an island with only one international airport in the capital of Reykjavik, so tourism can be more easily monitored. One of the proposed plans would involve foreign crews arriving on a private, chartered plane and then being bused to a remote hotel near the set that’s designated for the crew. Everyone is tested as they arrive and again as they leave. And because film shoots take place primarily outside the city, the crew would be effectively quarantined to just the hotel and the film set.

“The idea is this, if we bring in like 100 people from abroad and we test them when they get to Iceland, then there’s a 24-hour waiting period, and then we have the results and everything is OK and production is allowed to move forward, that means it is a contained environment,” Thordarson said. “We’re in the vastness of nature. Obviously hotels there, we take up one or two hotels and use them for the crew only, so there’s no interaction. Plus it’s long hours, so it’s basically staying at the hotel and then going to the set.”

Thordarson himself tested positive for COVID-19. He’s already recovered and said he was mostly asymptomatic, but he’s a great example of how one Icelandic production company operated since they shut down in mid-March.

Thordarson works closely with Leifur Dagfinnsson, the owner and CEO of Truenorth, an Icelandic production outfit that has worked on “Star Wars” Episodes VII and VIII and “Rogue One” and on the Netflix series “The Valhalla Murders.” Dagfinnsson was swift to shut down Truenorth’s office of 15 employees when his colleague’s test came in, but has reopened the office with just five people present at any one time.

While Truenorth doesn’t have any projects currently in production, Dagfinnsson said he has been in talks on three different Hollywood studio projects, including one that was meant to shoot in June but has now been pushed to August.

Hilmar Sigurðsson of Iceland’s Sagafilm followed similar protocols in its 25-person office and postponed principal photography of one its until mid-May, but he’s confident that once limits on the number of people allowed in a location expand, the production will resume in full.

“As we are shooting only with local cast and crew, we are confident that with necessary precautions  we will be able to steam full ahead,” Sigurðsson said. “These measures have proven themselves for us and we have been able to continue full force in delivering our work.”

Even before the pandemic, both Truenorth and Sagafilm provided services that would allow creatives to shoot remotely with access to Icelandic crews through video links. The service so far has been primarily used for commercials or live events rather than large-scale feature films or TV series, but Dagfinnsson and Thordarson said they’ve received more calls from European creatives trying to discuss what’s safe and what’s possible.

“They’ve been checking: Is there a lockdown in Iceland? No. Are you guys able to shoot? Yes, we are, and we can do it in a controlled, regulatory manner with the crews. Do you have an Icelandic director who can direct the commercial for the agency? Yes, we do,” Dagfinnsson said. “In my opinion and just knowing the situation here, I think Iceland suits this situation quite well, but because of all this space, the spaciousness of this country and also because we have really good access to COVID tests and highly regulated health care body, with these factors, that suits well.”

Dagfinnsson can’t say however if Iceland’s approach is a model that can work elsewhere, particularly in Hollywood, where there is greater population density, less open space and more limited access to COVID-19 testing.

And there will be other concerns about ramping up foreign production in Iceland, including the challenges of moving A-list talent from place to place. “Speaking to the studios and executives, people are looking into what’s doable, what’s reasonable, what is safe,” Dagfinnsson said. “I feel a little bit like we’re trying to reinvent the first shuttle to get to the moon in a way, because we’ve never been in this situation before.”

For the record: A previous version of this story stated that Sagafilm’s “The Minister” was delayed, whereas it was another project that had shooting delayed. We regret the error.