ICM Partners’ head of talent Lorrie Bartlett defended the agency after last week’s blistering L.A. Times exposé, telling TheWrap’s Sharon Waxman on Tuesday that “at the end of the day, our work speaks for itself and the support from the business and our clients has been overwhelming.”

Bartlett directly addressed the allegations of sexual harassment and racial discrimination for the first time, saying the incidents were addressed and that she stood by the culture of the agency. “I’m proud of this agency,” she said, adding, “I think with any large corporation, not everybody behaves well.”

“I do think that we have an incredible group of professionals that work at ICM and, frankly, in that article, every incident that was that was mentioned had been investigated, had been dealt with, and I certainly can’t provide details only just because of privacy issues but I can tell you with great conviction that we take all of that incredibly seriously and we pride ourselves on the kind of environment and culture that we have created at ICM, and we’ll continue to work hard to make sure that that environment exists,” Bartlett added.

“There are things that get written about you that are unpleasant and not true,” Bartlett added, referring to the company’s culture. “I do think that at the end of the day, our work speaks for itself and the support from the business and our clients has been overwhelming.”

The Times spoke with 30 former and current employees for the piece, which detailed accusations of sexual harassment and workplace misconduct particularly against female employees and people of color.

Bartlett pointed to the fact that there are three legendary women who have been at the agency for more than three decades.

“One of the things that drew us to ICM were the women who were successful at ICM like Toni Howard, like Binky Urban, like Esther Newberg, who have been there for 30 plus years and who still have thriving careers at the agency and were probably in an environment that maybe wasn’t as conducive to success, as it is today even though it’s still hard,” Bartlett explained. 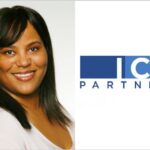 Bartlett went on to say that the incidents mentioned in the L.A. Times story were looked into and handled.

According to the individuals who spoke to the Times, ICM has tolerated what one former assistant called an “insane” environment in which some employees were harassed, bullied or subjected to other inappropriate behavior.

Some incidents involving top agents and managers have led to disciplinary action, the Times reported.

Bartlett made her comments, which you can watch above, at TheWrap’s BE Conference 2021. Her interview was planned before the LA Times piece was published. ICM Partners was a sponsor of the discussion, which will be posted Tuesday.

Bartlett’s comments echoed the statement she, Jennifer Joel and Janet Carol Norton issued in response to the Times’ story. See part of statement below.

We’ve all chosen to build our careers at ICM specifically for the chance to work with some of the preeminent and most accomplished women in our field – women including Toni Howard, Binky Urban and Esther Newberg – who have over 100 years of combined tenure here, and all of whom continue to thrive in our agency: they are the gold standards the rest of us emulate. Any insinuation that our 50/50 by 2020 pledge was an insincere marketing ploy is utterly irreconcilable with the both the facts and our personal experience.

Watch the full conversation above.