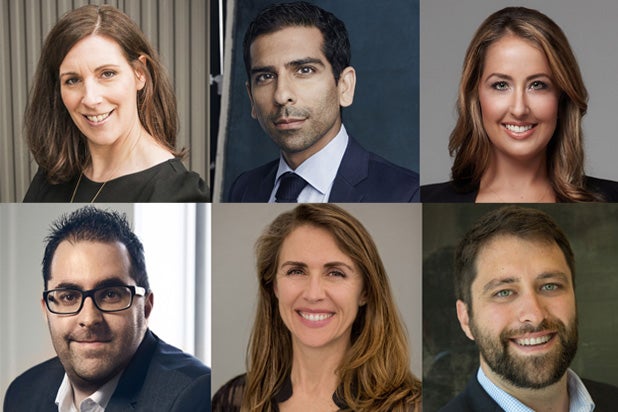 With this announcement, ICM now has 54 partners in total.

Cohen made the move from production to representation in 2012, parlaying her career as a talent executive/producer at “Saturday Night Live” into a thriving business as an agent. The New York-based agent reps such comedy stars as Pete Davidson, Fortune Feimster, Amy Landecker, Jay Pharoah, Chris Redd and Cecily Strong.

Desai’s clients include “The Handmaid’s Tale” creator Bruce Miller, “Happy!” co-creator Grant Morrison and writers working on series such as “The Big Bang Theory,” “Empire,” “Power,” “Suits” and “13 Reasons Why.”

Ginivisian becomes the youngest partner at ICM. Beginning his career in the agency’s mailroom in 2007, Ginivisian quickly made the jump to agent in the Comedy Touring Department in 2009. His roster includes Jay Pharoah, Rob Schneider, Aisha Tyler, Desus & Mero, Anthony Atamanuik, Mikey Day, Southern Momma, Roseanne Barr and Chris Redd. He is also co-head of the Los Angeles Trainee Program.

Mantell started as an assistant in 2003 and quickly rose to become an Agent in the Concerts Department only a year later. As the Head of International Touring for the Concerts Department, which he built from the ground up, Mantell represents diverse high-profile clients ranging from Nicki Minaj, Lil Wayne, D’Angelo and Jon Bellion to Cyndi Lauper, Jill Scott, and Postmodern Jukebox.

Remington started her career at ICM as an intern in 2003. Her clients include screenwriter/producer Gary Dauberman (“It,” “Annabelle: Creation”) and “Fast and Furious” writer-producer Chris Morgan.