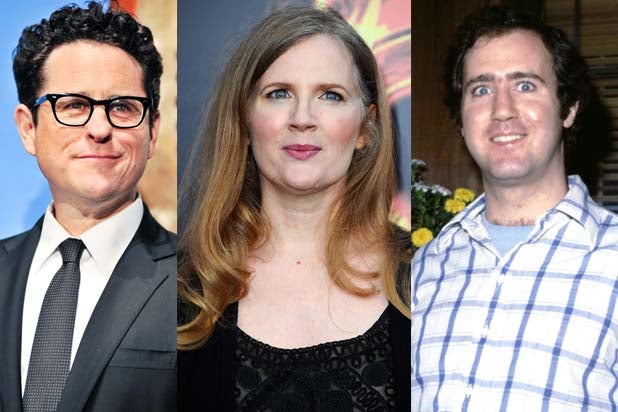 How Much Does J.J. Abrams Do on a J.J. Abrams Show?
Despite writing, producing and directing the next “Star Wars” movie, while overseeing two other tentpole franchises — the answer is: a lot.

Jennifer Lawrence: 5 Lessons From ‘The Hunger Games’ Star’s Career
It’s hard to believe she’s only 23, but has come so far. Take note young Hollywood — and check out her evolution from “My Super Sweet Sixteen” to her latest turn as Katniss Everdeen.

Golden Globes Foreign-Film Lineup: Is This List (Gasp) More Respected Than the Oscars?(Exclusive)
Despite all of the critical acclaim, Cannes Palme d’Or winner “Blue Is the Warmest Color” is not eligible for an Oscar this year — but it could take a Golden Globe home to France.

The Richest and Poorest Shows on Network TV – From ‘Modern Family’ to ‘Bob’s Burgers’
A breakdown of Nielsen’s average median income of primetime viewers this season.

Funny Thing About 2013: 8 Comedies Will Hit $100 Million at the Box Office
Can you name them all?

Sorry, Suzanne Collins Isn’t Writing a Fourth ‘Hunger Games’ Book, Says Author’s Rep
But don’t worry! Lionsgate has already made sure that their will be a fourth movie, anyway.

‘Guardians of the Galaxy’ Star Chris Pratt Circling Lead in ‘Jurassic World’ (Exclusive)
First agent Burt Macklin went to space, and now he might be after dinosaurs.

How the JFK Assassination Kicked Off the Rise of Paranoid Thrillers
One of the most tragic moments in U.S. history has inspired dozens of memorable movie moments.

Jennifer Lawrence Said WHAT About Miley Cyrus?! Absolutely Nothing
The media really, really wants these girls to hate each other.

Andy Kaufman Is Alive, Says His Brother in Kaufmanesque Announcement
Oh, nevermind. His brother claims he was the victim of a hoax.

And for a recap of the wackiest in pop culture, watch this week’s #ICYMI episode which highlights the gossip rags’ manufactured Jennifer Lawrence-Miley Cyrus beef, Jimmy Kimmel vs. China: Part 3,214 and America’s longstanding tradition of allowing stupidity on TV.