Beyond the big-time L.A. cinema leaders and the plastic, fabric and tape costumes that characterize Comic-Con aficionados, it was refreshing to find Emily Hagins, a 16-year-old director in-the-making.

“Pathogen” is a story about a strange zombie-transforming illness found in the drinking water, complete with bloody gore and decapitations. Emily wrote the script when she was only 11 years old, which gives this human story an otherworldly quality typical of the Con’s geeky attendees. 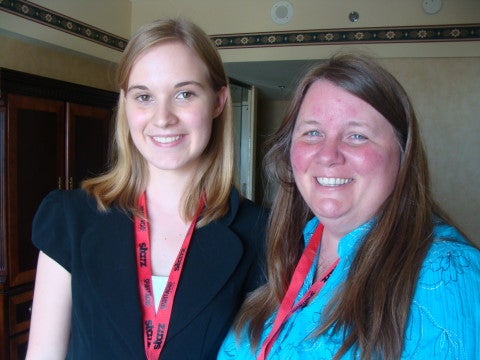 The making of this high school junior’s horror film is chronicled in a documentary by Justin Johnson, Aaron Marshall and Erik Mauck titled “Zombie Girl: The Movie”  and was submitted and got a coveted preview spot at the annual comic convention.

Sitting poised and quietly in a school-girl type skirt and blazer in her hotel room during our interview, Emily would strike you as an average teen. But having already written, directed and produced a feature-length horror film makes her anything but. By the time she was 12 years old, she was finished with the first movie of what she hopes is the beginning of a long filmmaking career.

Emily, an only child, embarked on a relentless task to realize a dream she envisioned when she was in third grade after her unsuspecting mother took her to see “The Fellowship of the Ring." This sparked Emily’s creative energy and motivated the pre-teen to write director Peter Jackson, asking him for advise about the filmmaking process.

To her surprise, Jackson replied and put her in touch with Harry Knowles, editor of Ain’t It Cool News, also living in Austin, Emily’s home town. This relationship landed her an internship on a horror film, which cemented her appreciation for scary movies.

The two-year filmmaking journey was a family affair — mom and dad work in advertising and walked Emily through the story board process. They also made most of the props, costumes, wigs and make-up used in the film. 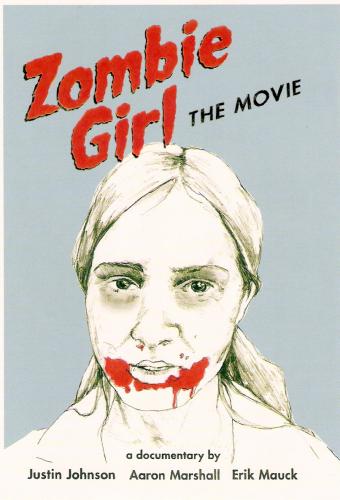 The feature-length project started with a script, auditions for 12- to 14-year-old kids, and a hand-held camcorder with plenty of obstacles and mistakes to overcome, namely: recording over filmed footage, characters growing up and funds dwindling down.

Production stopped for weeks and months at a time to make room for school, lack of money, and absent junior-high protagonists.

To raise funds to continue with her film project, the resolute teen director applied and won an award from the Texas Filmmakers Production Grant, making her the youngest recipient of this financial assistance award.

“At times I thought, well, this is it," her mother, Megan, told me about the long interruptions during filming. “But it was Emily’s determination and perseverance that would get the project going again, and I wanted to be there to support her anyway I could” she added.

I asked the reserved adolescent why she decided to make a horror film at such a young age when most pre-teens are preoccupied with shopping or texting. “When I was younger, I used to be afraid of everything — I had a very good imagination," she told me. "One time, watching a horror film, I decided to focus on how things were made; the blood, the effects, the gooey stuff. I laughed and was scared at the same time. I think that’s when I stopped getting scared of everything and decided to make a movie to conquer the fear”.

“It’s bloody and violent”, said her mother, who when asked gave her daughter’s movie an R rating (though the film is not yet rated), for blood, gore and a strong decapitation scene!

“It’s all so fake, and it looks that way, mom — its silly," Emily tells Megan, disapproving of the cautionary rating she slapped on the film. “I’d give it a PG-13 rating. It’s bloody and gory, and the zombies don’t run. Just like it should be.”

The tale of how this tenacious teenager is forging ahead with her moviemaking goal reinforces the notion that a child’s passion and drive shouldn’t be underestimated but encouraged. And also sheds light on Comic-Con as an organization assisting aspiring filmmakers … of all ages.

More information on this young director’s debut film can be found at www.CheezeyNuggets.com, where you can also purchase a DVD and help Emily with her filmmaking fund.

Suzette Valle was recognized by Time Warner Cable as one of San Diego's Best Moms. She is the author of "101 Movies to See Before You Grow Up" (Walter FosterJr. Fall 2015), a reference book for kids. She has appeared on the "Dr. Phil" show discussing the effects of reality shows on families. Her posts have been featured on Fox,YahooMovies.com, and Movies.MSN.com. A mother of two, she lives in San Diego with her husband. She blogs about parenting and Hollywood's influence on children's daily lives and family values at www.MamarazziKnowsBest.com. Follow her on Twitter: @SuzetteValle.
x
Looks like you're enjoying reading