IFC has become the most active buyer of competitive films at this year’s Cannes, on Wednesday announcing that the company has picked up U.S. rights to “Certified Copy" ("Copie Comforme"), the new film from Iranian director Abbas Kiarostami.

“For all of us at IFC films, ‘Certified Copy’ is the discovery of the Cannes Film Festival,” said IFC Entertainment’s president, Jonathan Sehring, in a statement. “We are honored to bring what we think will be Abbas Kiarostami’s most successful American release, featuring an absolutely radiant performance by Juliette Binoche, to audiences.”

“Certified Copy,” the first of Kiarostami’s films to be made outside of Iran, stars Binoche as a gallery owner from Tuscany who appears to meet a British author for the first time – but when they spend the afternoon together, lines blur and they may or may not be playacting the roles of a married couple. 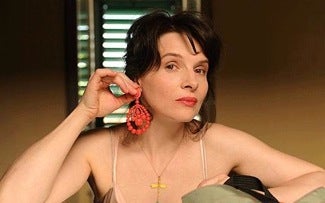 The film has garnered largely positive reviews at Cannes, and currently has a B+ average on indieWIRE’s criticWIRE poll, tops among all films in the main competition. “The entire film is an enigma,” wrote David Gritten in the Telegraph. In the Hollywood Reporter, Deborah Young called it “playful, engaging Euro art cinema.”

IFC also acquired domestic rights to Canadian director Xavier Dolan’s “Heartbeats,” which is screening in the Un Certain Regard section, and to “Prey,” a thriller from first-time director Antoine Blossier.

According to indieWIRE, foreign rights to “Certified Copy” have been sold in Hong Kong to First Distributors, in Korea to Yega Entertainment, in Australia and New Zealand to Madman, in the Nordic countries to Atlantic Film and in several South American territories to CDI Films.