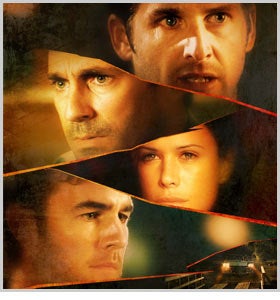 IFC Films has acquired North American rights to the thriller "Stolen" starring Josh Lucas and Jon Hamm, the studio announced Thursday. "Stolen" centers on a small-town police chief who works to uncover the truth behind the mummified remains of a boy found in a box, buried for 50 years.

The deal for "Stolen" was negotiated by Lizzie Nastro and Arianna Bocco from IFC Films with Chris Perry at Arclight.

The mystery film marks the feature debut for the director/producer team Anders Anderson and Andy Steinman and their production company A2 Entertainment.

IFC Films will release "Stolen" this March via its IFC in Theaters platform, which releases movies to on-demand viewers at home the same day they premiere in theaters. The film is premiering nationwide on VOD on March 3rd and will open at the Clearview Chelsea in New York on March 12th and the Sunset 5 in Los Angeles on March 19th.

“We are excited to be partnering with IFC Films on the release of ‘Stolen,’” said filmmakers Anders Anderson and Andy Steinman. “We are extremely proud of this film and the spectacular performances given by Jon Hamm, Josh Lucas and the rest of the cast that have transformed our vision into an emotionally impactful thriller.”