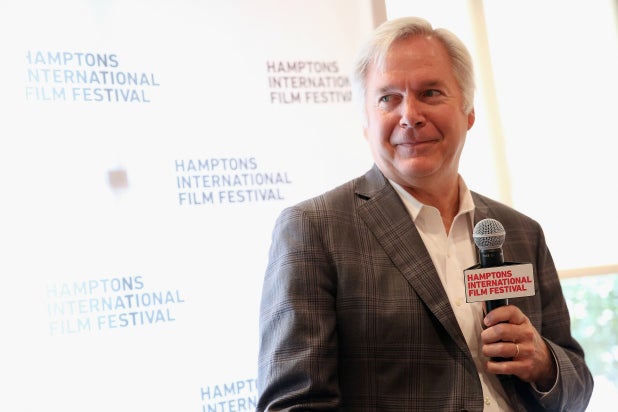 IFC Films co-president Jonathan Sehring announced on Wednesday that he has decided to step down after a two decades-long career at the company.

“I’ve been contemplating this move for several years and on the 20th anniversary of our launching IFC Films, it just felt like the right time,” Sehring said in a statement. “I am forever grateful to Jim Dolan and Chuck Dolan, Marc Lustgarten and Josh Sapan for the unbelievable opportunities they afforded me since I joined the organization nearly 40 years ago. I have had two incredible careers at AMC Networks, 20 years in film and 20 years in television, and I am immensely proud of the films and television shows we produced and distributed, the brands we built, the businesses we launched and all that we have accomplished during my time with the organization.”

Prior to leading IFC Films, Sehring spent 20 years on AMC Networks’ television businesses, where he oversaw programming and production activities for the Bravo cable channel, which was later sold to NBCUniversal, and the IFC cable channel. He was also part of the team that launched AMC (formerly called American Movie Classics) in 1984.

“If there’s a Hall of Fame for independent film, a big name on that list would be Jonathan Sehring,” said Josh Sapan, CEO of IFC Films parent company AMC Networks. “He is one of a handful of people who ushered in and breathed life into what we now commonly call ‘independent film,’ one of the great American art forms of our time.”

IFC Films has released such movies as Richard Linklater’s Oscar Best Picture nominee “Boyhood,” which the company also IFC produced and financed over 12 years, Armando Iannucci’s “The Death of Stalin,” Jennifer Kent’s “The Babadook” and the political documentary “Weiner,” as well as earlier releases such as “Y Tu Mama Tambien,” “Boys Don’t Cry,” “Fahrenheit 9/11” and “My Big Fat Greek Wedding.”

Following Sehring’s departure at the end of the year, IFC Films will be led by co-president Lisa Schwartz, executive vice president of acquisitions and productions Arianna Bocco, and John Vanco, who will continue in his role as senior vice president/general manager of the IFC Center.