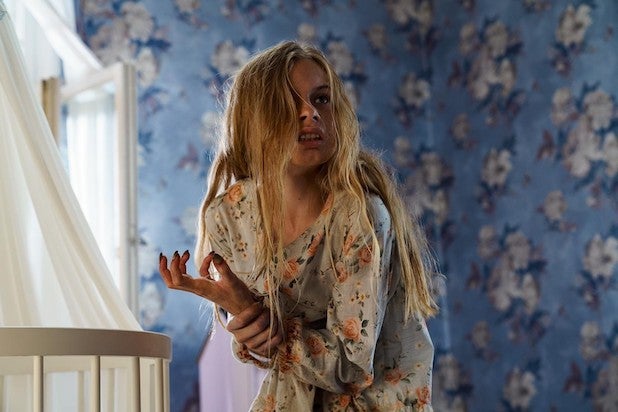 IFC Midnight has acquired out of the Cannes Virtual Market the North American rights to “Hatching,” a body horror and psychological drama from Finnish director Hanna Bergholm, the distributor announced Monday.

“Hatching” is the debut film from Bergholm with a screenplay by Ilja Rautsi, and IFC Midnight will give the film its festival premiere in 2021.

The movie explores the themes of control and keeping up appearances, and it tells the story of 12-year-old gymnast Tinja who tries desperately to please her mother, a woman obsessed with presenting the image of a perfect family life to the world through her popular blog. Then, one night, Tinja finds a strange egg. She hides it, she keeps it warm. And when it hatches, what emerges is beyond belief.

“I’m extremely honored that ‘Hatching’ has been picked up by an U.S. distributor, and especially by such a prominent label like IFC Midnight. We had an amazing international crew during our production, and I’m very happy that all their work will receive the recognition it deserves. This partnership just further proves to us that the story of ‘Hatching’ is truly universal,” Bergholm said in a statement.

“We are extremely happy that Wild Bunch managed to get a distribution deal with IFC Midnight and are very excited that ‘Hatching’ will have the opportunity to be released in the U.S,” producers Mika Ritalahti and Niko Ritalahti from Silva Mysterium said in a statement.

IFC Midnight recently released “The Wretched,” which has crossed $1.5 million at the U.S box office this spring due to its drive-in release strategy. The distributor’s upcoming releases include Natalie Erika James’ “Relic” on July 10, Dave Franco’s “The Rental” on July 24 and Egor Abramenko’s “Sputnik” on Aug. 14.

The deal for the film was negotiated by IFC Films’ EVP of Acquisitions and Productions Arianna Bocco and Director of Acquisitions Aijah Keith with Eva Diederix of Wild Bunch International and CAA Media Finance on behalf of the filmmakers.