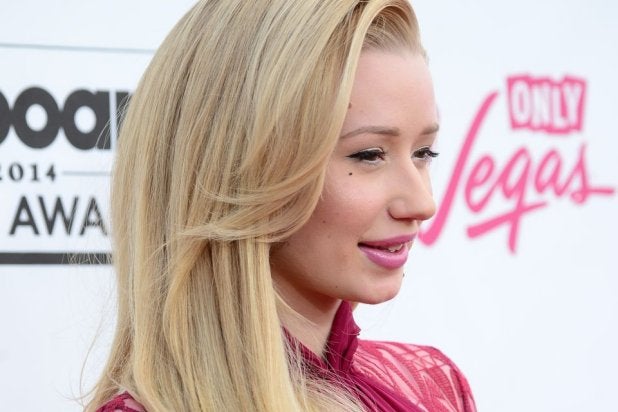 Iggy Azalea was mad enough to take to Twitter to call out Snoop Dogg for posting “a mean pic” on Instagram this week, but not mad enough to admit there’s a new rap feud developing.

The rapper, best known for hit single “Fancy,” told Snoop on Monday that she’s “disappointed you’d be such an ass for no reason” after he posted this picture:

“Why would you post such a mean pic on insta when you send your body guards to ask me for pictures every time we are at shows together?” she wrote on Monday in deleted tweets E! Online captured. “My bodyguard stopped the fire truck that saved your friends life in canada when he almost burnt down the hotel.”

Also read: Iggy Azalea to Internet Haters: ‘Most of You Have Done NOTHING With Your Lives’

“And every time I’ve spoken to you, you’ve always been nice as hell,” Azalea added. “I’m disappointed you’d be such an ass for no reason.”

Snoop responded only by removing the offensive photo from his Instagram feed, which appears to be enough for Azalea.

In response to a TMZ headline, “Iggy Azalea FUMING MAD Over Snoop’s Instaslam,” she tweeted:

lol, i wish writers exaggerated the positive shit going on in this world too. Im not “fuming mad” at anyone.

Snoop also noticed the headline and tweeted: “This is news to me.”