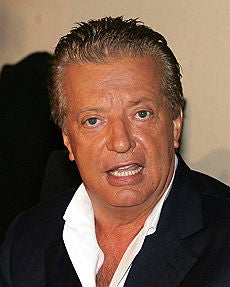 Niels Juul has been named the company's temporary CEO, and will be charged with helping the company restructure its operations in the wake of Gori's mounting legal troubles.

Though Cecchi Gori had many notable successes in the 1990s, including the Oscar winning films "Life is Beautiful" and "Il Postino," it has been weighed down by Gori's financial problems.

Branching out into professional sports and television with the acquisition of soccer team A.C. Fiorentina in 1993 and the private television channel La7, proved ill-advised. The soccer team became insolvent and passed into judicially controlled administration in 2002.

Cecchi Gori is currently in Italian bankruptcy court, and was arrested in 2008 for allegedly attempting to avoid paying creditors. In a release announcing Juul's hire, Cecchi Gori alluded to his tangled finances, but suggested that many accusations were unfounded or the result of mismanagement.

“The last few years have been very trying for me and my family, but with the assistance of trusted friends we have prevailed in a very hostile environment,” Cecchi Gori said in a statement. “With the results that our great team of lawyers and Niels have achieved, I have renewed hope that we will go back to what my father and I have done with passion and honor for 50 years…making beautiful movies.”

Juul is a partner in the international brand recovery firm, Nofatego LLC. He was most recently working with Elle Macpherson in restructuring and turning around the fortunes of UK publicly-listed apparel company Hot Tuna, PLC.

Cecchi Gori plans to rebound by focusing its attention on producing Italian and American films, including an adaptation of Shusako Endo's novel "Silence" with Martin Scorsese. It most recently co-produced the box office disappointment “Everybody’s Fine” starring Robert De Niro. Released last fall, it cost $21 million to make, but grossed only $14 million worldwide.