When legendary supermodel Iman was first discovered by photographer Peter Beard in Nairobi, Kenya in 1975, a New York Post article circulated claiming that the young discovery was a goat herder who didn’t speak a lick of English. After she arrived in the U.S. three months after the article’s publication, Iman wowed the press when she revealed that she did, in fact, speak English, as well an additional four languages and was a diplomat’s daughter.

“I was going to speak for myself when I got here,” Iman told TheWrap, underlining that she set the record straight to undo the mythology built around the young model before she even moved to the states.

This clever move enabled Iman to control her narrative, as she continues to do nearly 50 years later as an executive producer for Vogue’s “Supreme Models,” a six-part docuseries focused on the evolution of Black models in the modeling and fashion industry. Based on the novel of the same name by Marcellas Reynolds, the series features interviews with industry veterans like Iman, Pat Cleveland as well as younger voices like Ebonee Davis and Precious Lee.

Similarly, in developing the series Iman found it essential to center the voices of Black models who shaped and continue to shape the industry. 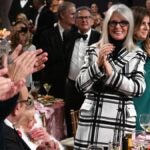 Also Read:
The Party Report: Season of Giving Kicks Off With Starry Galas and the Return of TheGrill

“It’s not like one of those documentaries that you’re asking people to speak about … No, let me speak for myself,” Iman told TheWrap. “I wanted the girls to have their voices, tell their own stories. And of course, there’s enough videos out there to round it out, but they speak and they tell us their trials and tribulations, but most importantly, the joy and celebration of the platform.”

While younger models like Halima Aden expressed gratitude in the series that they entered the industry during a time when fashion was embracing Black beauty, Iman broke into the industry at a time when improving experiences for Black models wasn’t even a priority yet.

“When I arrived here, one of the things that I was confronted with … was that there was a discrepancy in pay between Black models and white models, and I couldn’t understand it,” she said, adding that she went to her agent to discuss the difference.

“I said to her, ‘Listen, I know this is a racist act, but let me explain it in maybe something that you can all understand,'” she continued. “‘I want to be paid for services rendered, which means simply, I want to be paid for the same job she’s doing.'” When her agent told her this difference in payment was the “status quo” at the time, Iman told them to call her when they were willing to pay her the same amount. Three months later, her answer and her payment came through.

Despite this battle won, Iman and other models of color also struggled for equity when makeup artists would ask the models if they brought their own foundation, leaving the responsibility for models of color to provide their own cosmetics while white models were free to enjoy the range of makeup suited to their skin color that were already carried by makeup departments. In another bold move to level the playing field of Black models in the industry, Iman founded her own cosmetic line, Iman Cosmetics, in 1994.

“I understood right then and there and I was barely 19 years old, that image is my currency in this industry,” Iman said. “So I have to protect it and I have to come up with something because I will be faced day in and day out with a makeup artist who will not have anything for you.”

While Iman admits that the industry has made progress in terms of representation since she first entered the modeling world, she warns that the “business has a tendency to forget,” pointing to 2013, a year in which a minuscule amount of Black models were used in fashion shows.

“The dialogue is happening, and the changes are happening, but what I always say [is] do not take the foot off the gas,” Iman said. “Trust me, before we know it we could be back in 2013 in a second.”

For the industry veteran, true progress involves making changes at the top level so that decision makers reflect the diversity of growing number of models and designers of color.

“Supreme Models” also documents the little-told story of the Battle of Versailles, a fashion show that took place in the Palace of Versailles in 1973 as a way to fundraise for its restoration. The historic moment represented a cultural shift that cemented Black models’ essential role in high fashion, but even the fondest fans of “America’s Next Top Model” might not be familiar with the story.

“In this generation, they can Google everything, that any young girl, in whatever industry she wants to go in, if she wants to check on what Black beauty is, what Black models did, that she can find the Battle of Versailles to ‘Supreme Models,’ that representation means so much, but it’s nothing when you don’t actually see it,” Iman said. “In culture, when Black models … open doors, we leave the doors open behind us.” 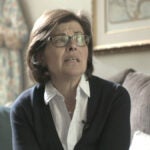