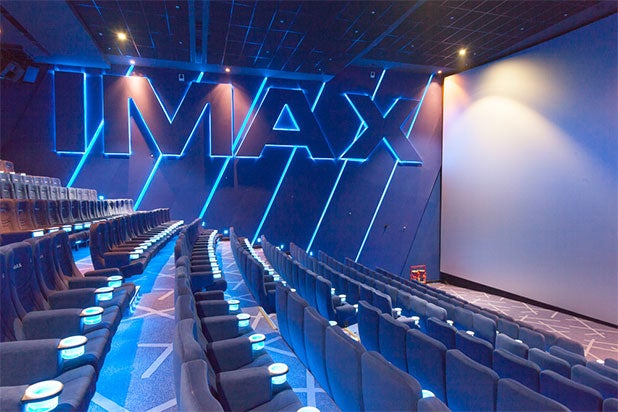 Imax, the company that brings many of Hollywood’s blockbusters to the biggest of big screens, is laying off approximately 100 employees across multiple divisions in a cost-cutting move.

The company announced the cuts Monday in addition to a share-repurchase program that authorizes up to $200 million in stock purchases. About 14 percent of the company’s global workforce will be eliminated, which includes positions at its Imax China venture. Imax is estimating the layoffs will result in $20 million in annualized cost savings.

In a statement announcing the repurchase plan and layoffs, Imax said it expects to report a pre-tax restructuring and impairment charge of approximately $15 million in 2017 tied to the layoffs, with $11 million of that realized in the second quarter. The cost savings will start to show up on Imax’s financials during the third quarter of 2017.

The company’s stock has struggled this year as some high-profile Imax-mastered blockbusters like “The Mummy” and “Ghost in the Shell,” disappointed at the box office, while three of 2017’s top-10 films thus far, “Get Out,” “The Boss Baby” and “Split,” did not play on Imax screens. Shares of Imax are down 24 percent year-to-date.

The huge screen company has taken steps to diversify from its blockbuster-dependent theatrical revenue, most notably launching Imax VR Experience Centers, which are essentially virtual reality arcades. The company has opened two locations so far, in Los Angeles and New York.

“A more streamlined cost structure will enable us to scale our business with increased efficiency and facilitate operating leverage during both strong and weak periods of box office,” Imax CEO Richard Gelfond said in a statement. “It also affords us the bandwidth to pursue important new initiatives, including original content and virtual reality.”