Imax and Imagine Documentaries have set a five-film production and distribution deal, starting with a film titled “Mars 2080” about an imagined look at what a colony on Mars would look like 60 years into the future.

The five films will cover subjects focused on space, exploration, natural sciences, music, civilization and more, and will all be exhibited on Imax’s large-format screens. “Mars 2080” will hit theaters globally in 2022.

“Mars 2080” is based on a concept by Stephen Petranek, science writer and author of “How We’ll Live on Mars.” The original concept follows a mother and daughter displaced from Earth by climate change who make the difficult journey to Mars, adjusting to life with hundreds of thousands of people from different countries forming a new civilization unencumbered by the mistakes of their past. 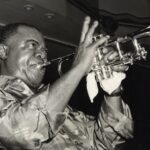 The film is being made in partnership with Procter & Gamble, whose research scientists will work with the filmmakers to forecast what a Mars habitat could look like a half century from now. The film will infuse real science and technologies with VFX and human drama.

“Mars 2080” is directed by Eliza McNitt (“Spheres”), who co-wrote the film with Lynn Renee Maxcy (“The Handmaids Tale”). The film is being made in partnership with Procter & Gamble and is produced by Brian Grazer, Ron Howard and Justin Wilkes. The film’s executive producers include Michael Rosenberg and Marc Gilbar for Imagine and Kimberly Doebereiner, VP for future of advertising representing P&G Studios. Imagine Documentaries’ Meredith Kaulfers is co-executive producer.

“The unique ability of humans to look past the horizon and into the great beyond has always been vital to pushing society forward, perhaps now more than ever. Imax has always sought to immerse audiences in inspiring visions of the future. Now, with the incredibly creative minds at Imagine as our partners, and with the innovators at P&G for ‘Mars 2080,’ we’ll have the opportunity to bring even more life-changing experiences to moviegoers all around the world,” Megan Colligan, president of Imax Entertainment, said in a statement. 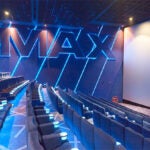 “With Mars all over the news, the once-distant dream of humankind traveling there is now well within our reach,” Wilkes said. “In the meantime, we hope that our film will inspire audiences from around the world, school children to adults, to take their own journey to Mars through the magic of this Imax experience.”

This deal continues Imagine’s relationship with Imax, which in 2002, remastered Ron Howard’s “Apollo 13” and re-released it in IMAX — the first-ever 35mm live-action film to get that treatment.