IMAX has named Oscar- and Emmy-nominated filmmaker John Turner as head of documentaries for the IMAX Corporation.

In the role, Turner will oversee the development of all documentary films and non-fiction content for the IMAX global network. He will report directly to President of IMAX Entertainment Megan Colligan.

Additionally, he will oversee the company’s five-picture agreement with Imagine Documentaries, beginning with “Mars 2080,” a documentary about a colony on Mars set 60 years in the future. Turner will also work closely with IMAX Head of Music Jason Richmond on music content.

“John’s deep filmmaking experience and creative storytelling ability will be critical as we continue to expand the storied IMAX documentary business. His proven track record of creating award-winning content will also help us immerse new audiences in awe-inspiring worlds that only IMAX technology can truly capture – whether that’s the bottom of the ocean or the furthest reaches of outer space,” Colligan said.

Turner added: “This is the most exciting time for documentary filmmaking and IMAX is renowned for its transformative and groundbreaking films – including my own first experience with IMAX at the Cinesphere in Toronto. Today, it is the leading platform for storytellers who want to showcase the aspirational, and often unbelievable world around us. I’m thrilled to join the amazing team here and look forward to continuing the tradition of bringing powerful and contemporary stories to our screens from creators all around the world.” 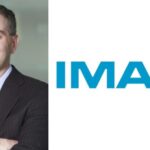 Before joining IMAX, Turner served as a development consultant with Netflix Documentary Feature, where he also created the crime series “Dirty Money” and served as an executive producer on “Why Did You Kill Me?” Prior to Netflix, he was a director of development for the launch of VICE’s cable channel Viceland, and he developed series and documentary films for Alex Gibney’s Jigsaw Productions.

His other credits include “Walk Run Cha-Cha” and the TV series “Terror.”