Though Imax’s efforts to expand beyond movie theaters are still ongoing, it couldn’t completely dodge the box office drought seen this past quarter as it reported a drop in revenue in its Q3 2022 report compared to the lucrative early summer months.

Imax reported quarterly revenue of $68 million, which is down about 9% from Q2 2022. That figure is still a year-over-year increase of 20% from the $56.6 million revenue reported in Q3 2021, when theaters were still in the midst of the pandemic reopening process. 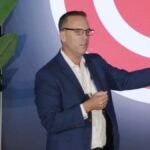 Total box office gross followed the same trend with $177.1 million grossed worldwide, down approximately 28% from the $244 million reported last quarter when “Top Gun: Maverick” and “Jurassic World: Dominion” were in theaters but up 25% from the $144 million reported in Q3 2021. Imax got some boost early this quarter from July releases like “Thor: Love and Thunder” and “Nope,” but a lack of major event releases in August and September took their toll.

Imax was able to partially mitigate that domestic drought with solid performance from its overseas local language titles, which made up 30% of its total box office grosses for the quarter. Among the top local language hits were the Japanese anime films “One Piece Film Red” and “Dragon Ball Super: Super Hero” as well as the Indian epic “Ponniyin Selvan: Part I.” The company says it is planning to expand its local language slate to between 30-40 films in 2023.

Imax, like the rest of the exhibition industry, is banking on a strong holiday season to help push it back into the green, with Disney releases “Black Panther: Wakanda Forever” and “Avatar: The Way of Water” expected to drive robust premium format ticket sales. Imax projected last quarter that its share of the global box office would reach record highs in 2022.