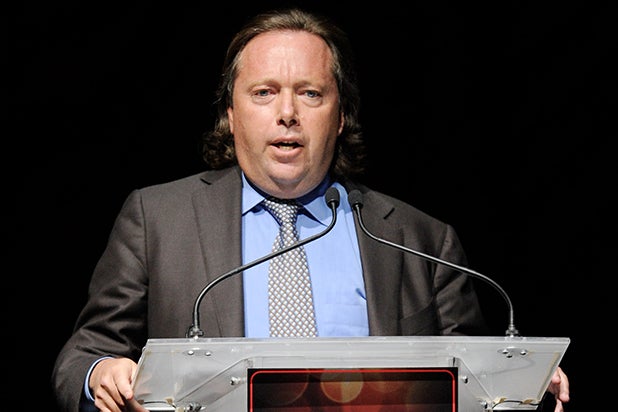 The state of movie theaters in North America remains dire amid the coronavirus pandemic, and Imax in its earnings on Thursday reported a loss of $47 million in Q3, but CEO Rich Gelfond put a silver lining on the downturn in the industry and painted a picture of how theater closures could actually help Imax.

Gelfond explained that there’s a scenario in which, should more screens across the country close, there’s a chance it could increase Imax’s market share. There are approximately only 450 of the large-format movie screens out of over 42,000 screens across North America, and many of those only appear in multiplexes that are, in Gelfond’s words, “the most productive and profitable.”

Of course, some of those most-profitable theaters are likely in markets that remain completely closed, particularly in New York and Los Angeles. And Imax, like any other theater screens, will have to account for reduced capacity inside its theaters. But Gelfond says that even if the industry contracts, particularly in North America (Imax also has screens in Europe) it might not make a difference.

“The approximately $375 million in domestic box office we produce in a typical year is what we should produce even if the industry shrinks around us. In short, should the industry contract, our theaters are not the marginal theaters and our consumers are not the marginal consumer,” Gelfond said. “In fact, based on our preferred locations and premium product it’s feasible we could gain market share in such a scenario.”

Imax had more revenue than was expected, but its net loss for Q3 was still at $47.2 million. Though some of its revenue was boosted by local Asian movies in those markets, its Q3 revenue was down 56.9% from the comparable quarter in 2019. Last year, Imax earned $9 million, or 21 cents per share.

This is also a more positive tone from Gelfond after he argued back in September at a Goldman Sachs conference that premium VOD was a “failed experiment” for the blockbuster movies that went direct to streaming instead of to theaters.

“The numbers haven’t worked in a pandemic, so how would they work in a non-pandemic,” he previously said. “Of the movies that were postponed, very few went into PVOD or streaming, and I should be clear I’m talking about the blockbuster movies — the movies that Imax does. So I believe that the studios are very committed to theatrical releases, and they’ve said it.”