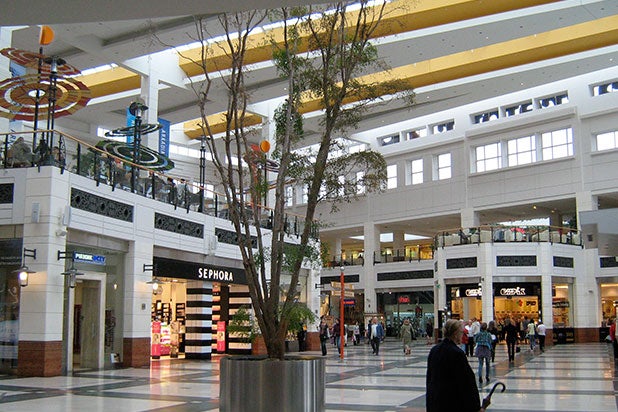 IMAX plans to offer virtual reality content and experiences at multiplexes, malls, and other commercial destinations, the corporation announced Friday.

Yesterday, IMAX announced that it was teaming up with Google to create a VR camera, built to employ Jump, a platform for creating and viewing 3D 360 video. Now, the joint venture agreement includes Starbreeze AB, a Swedish-based independent creator, publisher and distributor of VR entertainment content and hardware.

Under the partnership, IMAX is set to create VR content that will advance Starbreeze’s StarVR headset technology, a product that provides a 210-degree full peripheral field of view, double that of any other VR headset on the market.

Starbreeze’s existing content will be made available to consumers, while IMAX will look to form more partnerships for their VR content with Hollywood filmmakers and studios. Starbreeze has an existing relationship with Lionsgate, with whom it is developing its John Wick VR game.

Like with its cinema experience, IMAX wants to draw people out of their homes to expansive spaces with a “destination-based VR experience.”

“As technology and entertainment options evolve, we continue to innovate and find new platforms to extend The IMAX Experience,” said IMAX Corp. CEO Richard L. Gelfond. “We believe VR is an area that holds tremendous promise… Just as IMAX provides the best cinematic experience, Starbreeze is a pioneer in the burgeoning VR market and its headsets will deliver a wider, “IMAX-like” field of view to allow consumers to see, feel, move and play in new worlds in a powerfully immersive and realistic way. While our partnership with Google puts IMAX in the VR capture business, Starbreeze brings the capabilities in content distribution and delivery that, when combined, help us to establish a complete offering across the VR ecosystem.”

The new experience will be available in select multiplexes and commercial locations such as malls and tourist destinations. The companies under the agreement plan to launch up to six sites this year in domestic and international markets.

IMAX will provide product design, management and installation services as well as sales, marketing and communications support, while Starbreeze will provide the software platform, hardware, technical and product support.

Virtual reality is an immersive entertainment format that’s among the buzziest consumer technologies this year. It uses responsive headsets that make users feel like they’re in the middle of the action.

Some of the world’s biggest companies are rushing into virtual reality. Other tech giants like Facebook and Samsung are pouring investment dollars into developing VR headsets and making them widely available.