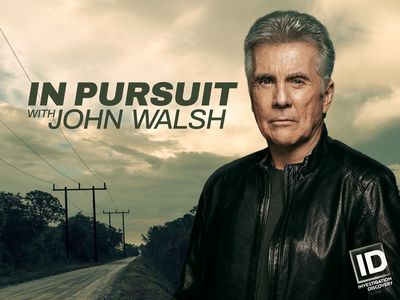 A real-life fugitive has been captured by authorities thanks to a tip from a viewer of Investigation Discovery’s “In Pursuit With John Walsh,” the network said Wednesday.

William Stanson, who was featured in the Jan. 29 episode of the shows, was extradited to the U.S. on Wednesday after a phone tip from a viewer of the show made authorities aware of his location in Mexico. Stanson now faces charges of unlawful flight to avoid prosecution and failure to appear in addition to first-degree criminal sexual conduct.

“Stanson marks the 12th fugitive featured on ‘In Pursuit With John Walsh’ to now be in custody, and we are thrilled that our ID audience has helped lead to the arrest William Stanson, hopefully closing a dark chapter for his victims,” said Henry Schleiff, group president for Investigation Discovery, Travel Channel, American Heroes Channel and Destination America. “I am so proud of our viewers for taking a stand to actively engage in the justice system, and we remain committed to the profound work that John and Callahan Walsh do on this series, which helps bring answers and closure to so many families.”

Hosted by Walsh and his son, Callahan Walsh, “In Pursuit” details unsolved violent crimes and features missing-child cases, relying on leads from viewers to assist authorities. 12 of the fugitives who were featured on the show, as well as one missing child, have since been recovered.

“In Pursuit With John Walsh” is produced by Jupiter Entertainment for Investigation Discovery. Harrison Land, Stephen Land and Gregory Palmer of Jupiter serve as executive producers. ID’s Lorna Thomas is senior executive producer. The show is broadcast in 128 countries and territories.