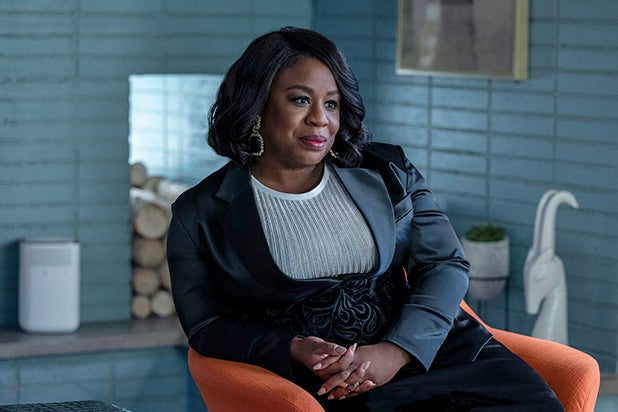 The new season of “In Treatment” premiering on HBO this May comes more than a decade after the show was last on the air and boasts an entirely new star and creative team. Regardless, the show is being billed as a fourth season, rather than a complete reboot of what came before.

“We are not trying leave our predecessor in the dust,” executive producer Jennifer Schuur said during a Television Critics Association panel for the show on Wednesday. “We are grateful to them; we admire that show in myriad ways. We feel like there was no way to go forward starting over from scratch. We needed to have this be Season 4.”

“In Treatment” first debuted on HBO in 2008. The series ran for three seasons with Gabriel Byrne starring as Dr. Paul Weston, the therapist at the center of the show. The new season stars “Orange Is the New Black” alum Uzo Aduba as Dr. Brooke Taylor and will carry through the format of episodes revolving around her sessions with patients.

“We wanted to preserve the connective tissue between the first three seasons that everybody watched and loved,” executive producer Joshua Allen added. “We wouldn’t be here without that show. That’s why it felt right to call it Season 4, because shows reinvent themselves — especially when they take a decade off — but we wanted to make sure that people who enjoyed and were really moved by the first three seasons could feel like there’s some connective tissue here.”

Aduba’s character is a marked departure from Byrne’s Paul Weston, both in her demeanor and in the fact that she is a Black woman, which in and of itself presents unique challenges in the field of psychotherapy. According to Allen and Schuur, while it was important to preserve the core components of the original, Season 4 will see the show striking off in new directions.

“This is easily one of the hardest jobs that I’ve ever had in my life,” Aduba said, echoing Byrne’s past statements about the taxing nature of the job. Aduba, like Byrne, is so central to the show that she appears in every scene of the new season. “Everyone on this show is working … so hard, so intensely, so ferociously — and delivering.”

“It is also one of the most satisfying, fulfilling experiences I’ve ever had,” she continued. “This project came into my life at a time when it was needed, and has brought an excitement and an energy … there’s a thrill.”