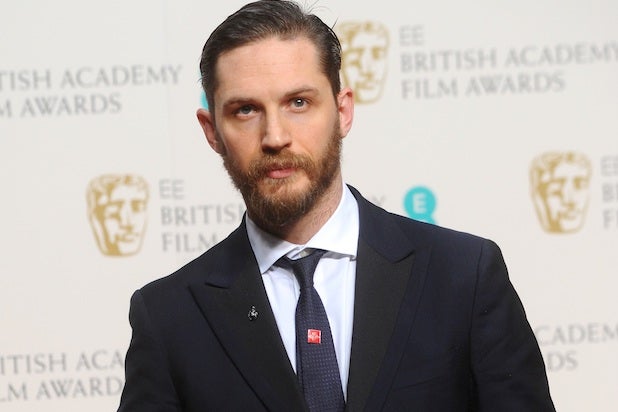 Created by Steven Knight and produced by Ridley Scott‘s Scott Free London, “Taboo” has been ordered for eight one-hour episodes, and is set to shoot in January 2015.

Hardy will play James Keziah Delaney, a rogue adventurer living in 1813 who returns from Africa with 14 ill-gotten diamonds to seek vengeance after the death of his father. Refusing to sell the family business to the East India Company, he sets out to build his own trade and shipping empire and finds himself playing a dangerous game with two warring nations, Britain and America.

“We’re creating a flagship British drama for this generation, a hybrid of orthodox and unconventional story telling, packed with darkness and spirited characters,” said Hardy in a statement. “I think Steve Knight and Ridley Scott are the perfect partners and the BBC the perfect home for this hugely exciting and compelling project.”

Scott Free London is producing the series with Tom Hardy‘s Hardy Son & Baker for BBC One and Sonar Entertainment.

Hardy’s movie credits include “The Dark Knight Rises,” “Inception” and “Warrior.” “Taboo” reunites Hardy and Scott after they worked together on “Child 44.”