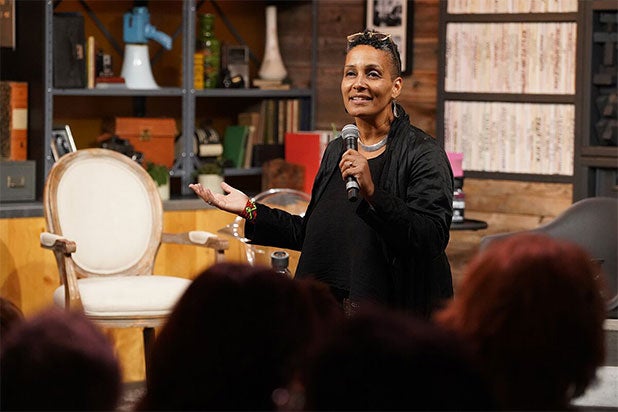 Tabitha Jackson is the incoming director of the Sundance Film Festival following John Cooper’s exit — and she has big plans for the festival and how to get independent film seen by as many people as possible.

“My role as festival director will be to focus on how we reflect the world of the most exciting independent work made by the most original distinctive artists,” Jackson told TheWrap.

Jackson takes over after John Cooper, who has held the position since 2009, announced he would be stepping down last July. Jackson, who has been the director of the documentary film programming division since 2013, will be the first women to hold the role of festival director at the festival.

“Yes, I am a woman, but I don’t know to what extent that will affect the job I actually do,” she explained. “Each of us brings their own position into the world. If it’s of use symbolically, then that’s meaningful, but I think I need to prove myself on substance and commitment on artists and artistry, and show my desire of getting this work to audiences and the industry and facilitate distribution. And just to have some fun! It’s a serious business in the independent space. The festival should be serious fun!”

After Cooper announced his plans to step down, Sundance CEO Keri Putnam oversaw the search for the next festival director. Putnam told TheWrap that the Institute received 700 applications for the position, and the organization interviewed people inside and outside of the community, as well as domestically and internationally. The shortlist got shorter and shorter, and Jackson continued to impress the committee.

“Throughout it all, Tabitha continued to rise to the top,” Putnam said. “I knew her well from working with her previously, just the rivalrous qualities and including her incredible love of artist and their love of her — it all started from there. Also her leadership skills, the way people are inspired by her, the way she leads, her tastes and I think, at the heart of it all, her real understanding of our purpose in the world dedicated to further independent voices int he culture. Also her openness to the change, the way we further that mission in the time of great change…. I’m thrilled that we landed on her for this job.”

Jackson is an award-winning producer, writer and director and has more than 25 years of experience in the arts and nonfiction film areas. In addition to being the director of the documentary film program at the Sundance Institute, she also served as the head of Arts and Performance at Channel 4 Television in London.

For years, the Sundance Institute has led a diversity initiative to reach new communities as well as have diverse projects submitted to the festival. Additionally, the festival has made efforts to increase diversity among media members covering the annual event. The Press Inclusion Program was created in 2018 after a study by USC Annenberg revealed that two-thirds of movie critics were white men.

Also Read: The Scene From TheWrap at Sundance (Photos)

Jackson will continue to hone in on the diversity initiative and will use data to see where the festival sees gaps.

“The diversity initiative isn’t something that dictates programming, but it’s held within us as a value, that we are a global artist community, and artists are making work from their own perspectives,” Jackson explained. “There are many factors at play: gender, race, religion, social economic class. And if we have blind spots, if we see from our own data — we now ask them to self describe == that’s incumbent on us to address if we see gaps. The bigger endeavor of independent film is at stake.”

Jackson not only wants to make the festival accessible to members of the media who might not have the financial support to attend, but also wants to increase accessibility for the disabled community.

“The ongoing challenge is how to make this incredible thing on a mountain in Utah accessible in all kinds of ways,” Jackson said. “It is expensive being here. But also, we want to increase accessibility in activity: how do you navigate Main Street in the ice in a wheel chair? How can we make it a good experience for a person with autism? Our question is, how can the cinematic work for you. All kinds of accessibility is a project that I’m taking on.”

The Sundance Institute was founded by Robert Redford in 1981 and is a nonprofit organization that aims to preserve space for artists in the independent film, theater and media areas.