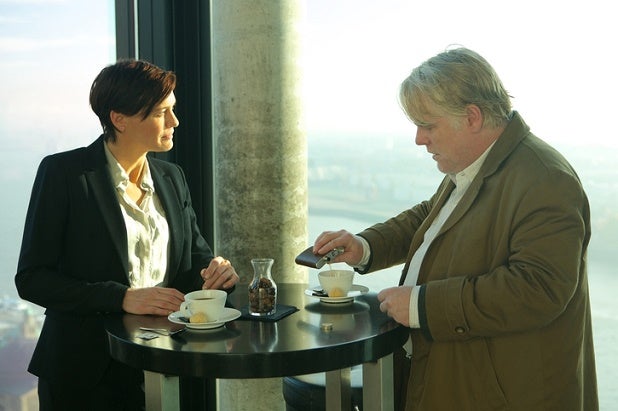 Richard Linklater‘s “Boyhood” and the Philip Seymour Hoffman spy thriller “A Most Wanted Man” both crossed the $10 million mark at the specialty box office this weekend.

Roadside Entertainment added 82 theaters for the third week of “A Most Wanted Man” and it brought in $2.2 million for a $2,748 per-screen average.

That upped the domestic total for the John le Carre adaptation, which co-stars Willem Dafoe and Rachel McAdams, to $10.4 million.

That raised the domestic total for “Boyhood” to $10.6 million, making it the third-highest grossing film ever for IFC, behind only 2002’s “My Big, Fat Greek Wedding” and “Y tu Mama Tambien.”

The plan is to continue to expand “Boyhood” next weekend, in concert with a TV advertising and social media promo push, according distribution chief Mark Boxer.

Also expanding was Woody Allen‘s “Magic in the Moonlight,” which Sony Pictures Classic took from 65 to 170 theaters for its third week.

It brought in $803,922 for a solid $4,729 per-screen average that lifted its domestic total to $2.4 million. “To Rome with Love,” the director’s last movie from SPC, had nearly double that figure in its third week, on its way to a $16 million domestic total.

CBS Films’ Daniel Radcliffe-Zoe Kazan romantic comedy “What If” opened to an estimated $130,000 from 20 theaters, a $6,500 per-screen average. It received an “A-” CinemaScore, in line with its strong reviews.

Several films were dropping theaters, but still making a mark.

Focus Features’ Zach Braff comedy-drama “Wish I Was Here” lifted its domestic total to $3.4 million in its fourth week, ahead of the $3.1 million in Kickstarter funds the actor generated to make the film. It dropped 551 theaters and took in $100,000 from 202 theaters, for a roughly $495 per-screen average.

TWC’s “Snowpiercer” brought in $65,347 from 71 theaters, down 29 from last weekend, and averaged $920 per screen. The domestic total for the sci-fi action film, which has done considerable video-on-demand business throughout its theatrical run, is up to $4.2 million.