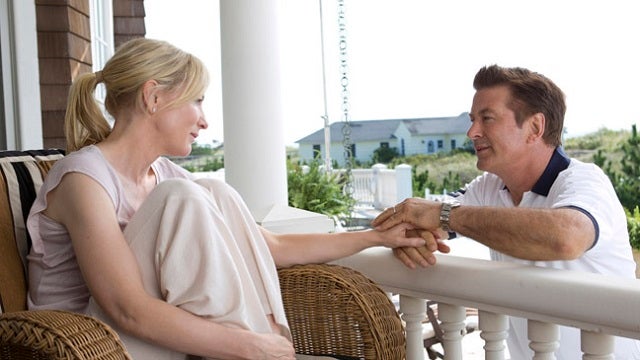 This weekend’s debut of Woody Allen‘s “Blue Jasmine" is one of the veteran writer-director’s best ever, and easily the year’s strongest specialty box office opening.

“Paris” received four Oscar nominations including Best Picture and Allen won for Original Screenplay; the success of “Blue Jasmine” is sure to set off awards buzz for the movie and Blanchett in particular.

Louis C.K., Bobby Cannavale, Peter Sarsgaard and Michael Stuhlbarg co-star in the PG-13-rated tale of a woman facing a life crisis, who heads to San Francisco and reconnects with her sister (Sally Hawkins).

Only five other movies have debuted with per-screen averages of more than $100,000: “Dreamgirls,” “The Master,” “Moonrise Kingdom,” “Brokeback Mountain” and “Precious.”

Two movies that expanded this weekend – the Weinstein Company's “Fruitvale Station” and Fox Searchlight's “The Way, Way Back”- both connected.

First-time director Ryan Coogler's drama is about the last day in the life of 22-year-old Oscar Grant, who was fatally shot by a guard after an altercation on a BART train in Oakland, Calif., on New Year's Day, 2009.

The film, which stars Michael B. Jordan, Melonie Diaz and Octavia Spencer, is clearly tapping into the national discussion surrounding the recent verdict in Trayvon Martin murder case.

“It’s hard not link them, and we’re getting more mention than we otherwise would have because the media is making that connection,” said Weinstein’s head of distribution Erik Lomis. “But this is a movie that deserves to be seen, and we’re glad diverse audiences are discovering it.”

Steve Carell, Tony Collette and Liam James star in the film, written and directed by Nat Faxon and Jim Rash. It’s taken in more than $8.9 million since opening on July 5.

CBS Films opened its Aubrey Plaza comedy “The To-Do List,” written and directed by Maggie Carey, in 591 theaters and it brought in $1.5 million – roughly its production budget.

Young women were the target demographic for the R-rated film, and audiences broke down 60 percent female, but 58 percent over 25. The story follows high school girl Brandy Clark (Plaza) who, feeling pressured to become more experienced before she goes to college, makes a list of sexual achievements to accomplish before heading off to college.