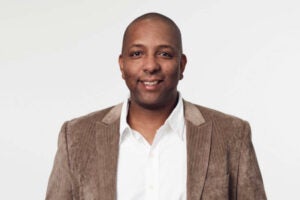 The Independent Spirit Awards, now in its 36th year, are expanding to include five new television categories for its 2021 awards show, Film Independent announced Tuesday.

The 2021 ceremony has been pushed along with the rest of the awards season calendar and will take place on April 24, 2021 and will air on IFC.

Nominations will be announced on Tuesday, January 26, 2021.

“The independent, diverse creators we’ve supported for decades now straddle the feature and episodic worlds,” board chair Mary Sweeney said in a statement. “Our mission supports and celebrates visual storytellers wherever they practice their craft. The addition of TV Spirit Awards recognizes this expansion by celebrating diverse independent, creative voices across platforms.”

“2020 has been a year of endless change and chaos, so it’s wonderful to be back with our friends at IFC,” Film Independent president Josh Welsh. “As tough as this year has been, there’s so much great filmmaking and yes, television, that has sustained us throughout the pandemic. We look forward to celebrating that work at the Spirit Awards in April.”

“2020 provides an opportunity for a re-imagined Spirit Awards and just about everything else. Expanding the most entertaining stop on the awards circuit to include television is just the start, and IFC is looking forward to a continued partnership with our friends at Film Independent,” Blake Callaway, executive director of IFC and SundanceTV said in a statement.

“The Film Independent nominations process is a unique and inspiring one,” Setu Raval, associate director of nominations, said in a statement. “It is an inclusive gathering of filmmakers, programmers, critics and performers with the common goal to curate and celebrate bold, diverse, authentic and innovative visual storytelling. We are excited to open the 2021 Spirit Awards Submissions.”