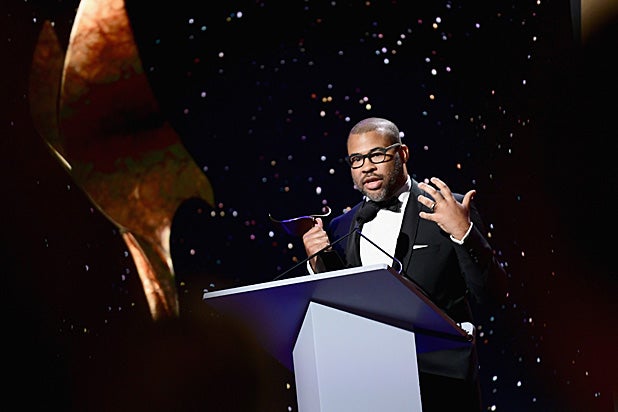 Yes, the 33rd Film Independent Spirit Awards will be a political show. In these times, how can it not be?

After all, being the awards show that rewards independent film doesn’t give the Spirit Awards a pass when it comes to the toxic culture now being scrutinized in Hollywood. Harvey Weinstein’s companies released multiple Spirit Award winners, from “Sex, Lies and Videotape” in 1989 to “Silver Linings Playbook” in 2013. The recently accused James Franco is a nominee this year for “The Disaster Artist.” And if the outspoken likes of Salma Hayek and Frances McDormand get to the stage, it’s safe to assume they’ll have things to say.

So will hosts Nick Kroll and John Mulaney, who were sharp and cutting when they hosted the show last year and figure to up the ante this time around.

So we can take it for granted that #TimesUp, #MeToo and Donald Trump will be addressed on Saturday afternoon in Santa Monica, California. And then we can move to another burning Spirit Awards question:

Can they do it again?

Can voters give their top award to the film that will go on to win the Oscar for Best Picture on Sunday at the Dolby Theatre?

If so, it would be the fifth year in a row and the sixth time in seven years for a Spirit/Oscar repeat, after that had only happened once in the first 26 years of the Spirit Awards’ existence.

During these years, a mantra developed around the two awards shows that share the final weekend of awards season: Win on Saturday, lose on Sunday.

In the last decade, though, Spirit Awards voters — a mixture of professionals in the independent-film world and movie fans who pay annual dues to Film Independent — have increasingly gone for the highest-profile films, and often the ones that are expected to do well at the Oscars.

And Oscar voters, in turn, have embraced many of the indie films that dominate the Spirit Awards.

Also Read: Salma Hayek Wonders: Why Did I Go 15 Years Between Lead Roles?

After a year off — Oscar nominee “Silver Linings Playbook” won at the Spirit Awards in 2013, but Oscar winner “Argo” wasn’t eligible — the streak began: “12 Years a Slave” in 2014, “Birdman” the next year, “Spotlight” the year after and “Moonlight” last year.

At the time the last of those films won the Spirit Award, “Moonlight” seemed fated to break the Spirit/Oscar streak by losing the next day to prohibitive favorite “La La Land.” But we know how that turned out, with “Moonlight” scoring a huge upset even after “La La Land” had been mistakenly named Best Picture.

So can the streak continue? Three of the Spirit Award nominees for Best Feature are also in the running at the Oscars: Luca Guadagnino’s romance “Call Me by Your Name,” Jordan Peele’s horror thriller “Get Out” and Greta Gerwig’s coming-of-age story “Lady Bird.”

Of those, “Get Out” is the Spirit Awards favorite, and the film with the best chance of upsetting Oscar favorites “The Shape of Water” and “Three Billboards Outside Ebbing, Missouri.”

(Curiously, the $19.5 million budget for “The Shape of Water” makes it eligible for the Spirit Awards, but it wasn’t nominated for anything; “Three Billboards” did land Spirit Award nominations for its screenplay and for actors Frances McDormand and Sam Rockwell, but it was bypassed by the jury that chose the Best Film nominees.)

With five nominations and at least three likely wins, “Get Out” figures to have a very good day on Saturday.

And then Peele — or, to be fair, Gerwig or Guadagnino — will have to sit back and wonder if the streak can possibly continue.