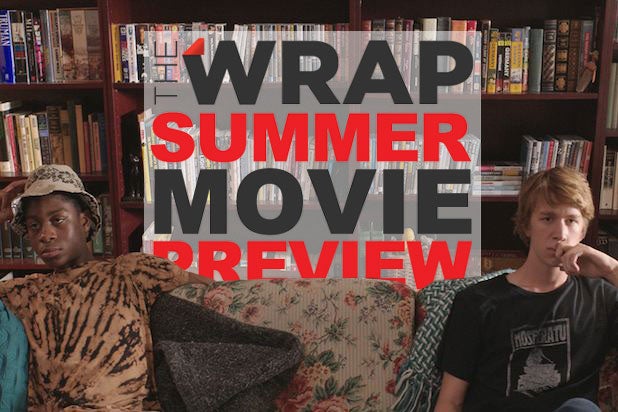 Often defined by its blockbusters, summer movie season has become the premiere destination for top-shelf indie movies in recent years.

This summer features festival favorites from Sundance, Toronto and Venice, and those indie movies serve as savvy counterprogramming to the tentpole titles that dominate the box office each summer.

There’s even a holdover from Sundance 2014 — the Mark Ruffalo movie “Infinitely Polar Bear,” which opens June 19 against “Dope,” the Al Pacino movie “Manglehorn” and Drafthouse Films’ “The Tribe,” which features a cast of deaf actors.

Last year’s Toronto titles “Love and Mercy” and “Welcome to Me” also hit theaters this summer, on June 5 via Roadside Attractions and May 1 via Alchemy, respectively. Both could garner awards consideration, with Paul Dano playing Beach Boys member Brian Wilson in “Love and Mercy” and “SNL” alum Kristen Wiig playing a lottery winner-turned-talk show host in “Welcome to Me.”

Arnold Schwarzenegger‘s arthouse zombie movie “Maggie” also hits theaters this summer after Lionsgate bought the film on the eve of TIFF and pulled it from the festival.

New distributor on the block Bleecker Street will debut its second film, the buzzed-about romantic dramedy “I’ll See You in My Dreams” starring Blythe Danner. EuropaCorp also establishes itself as a distributor with its action movie “Big Game,” starring Samuel L. Jackson as a U.S. president who relies on a young Finnish boy to protect him when he finds himself lost in a forest filled with assassins.

This summer is also home to a handful of exciting documentaries, foreign films and animated movies. Docs include the inspirational family film “Batkid Begins,” the corrupt cop tale “The Seven Five,” the BASEjumping movie “Sunshine Superman,” the provocatively titled “Do I Sound Gay?” and Joshua Oppenheimer’s “The Look of Silence,” which serves as a companion piece to the director’s acclaimed documentary “The Act of Killing.”

This year’s high-profile indie animated release is “Kahlil Gibran’s “The Prophet,” featuring the voices of Liam Neeson and Salma Hayek, while the standout foreign films are the French crime thriller “The Connection” (May 15) and the British crime thriller “Hyena” (May 1).

Summer also means it’s time for another Woody Allen movie, and his latest, “Irrational Man,” stars Joaquin Phoenix and Emma Stone. Expect it to fare better with critics and audiences than Allen’s last movie with Stone, “Magic in the Moonlight.”

7 Indies TheWrap Urges You to See

1. Me and Earl and the Dying Girl – This Sundance standout stars Thomas Mann as a teenager who is forced to befriend a classmate with cancer (Olivia Cooke), only to fall in love with her. Fox Searchlight won a bidding war for the film, which Alfonso Gomez-Rejon directed for Indian Paintbrush.

2. The End of the Tour – Jason Segel shines as “Infinite Jest” author David Foster Wallace, who shares his philosophy on both life and writing over the course of a five-day interview with Rolling Stone reporter Dave Lipsky (Jesse Eisenberg). James Pondsoldt (“The Spectacular Now”) directs from a brilliant script by playwright Donald Margulies.

3. The Stanford Prison Experiment – Ezra Miller and Michael Angarano are the highlights of a young ensemble cast in Kyle Patrick Alvarez’s disturbing thriller about the infamous psychological experiment that took place in the 1970s. Billy Crudup stars as Dr. Philip Lombardo, whose two-week study was canceled after only six days.

4. Dope – Breakout star Shameik Moore runs away with director Rick Famuyiwa’s ode to ’90s pop culture. He plays a young geek from a bad neighborhood in Inglewood who gets caught up in a world of gangsters and drug dealers after trying to impress a girl (Zoe Kravitz) at a party. The film is visually stylish and the soundtrack is full of fresh beats, so it could catch on with discerning teens.

5. Big Game – This action movie from Finnish filmmaker Jalmari Helander (“Rare Exports”) is a shotgun blast of fun. Onni Tommila stars as a young boy eager to prove himself as a man, who is given the opportunity of a lifetime when the President of the United States crash-lands in his forest. The two of them must team up to take out a group of assassins, led by Ray Stevenson.

6. Hyena – Gerard Johnson establishes himself as a director to watch with this gritty, ultraviolent crime movie starring Peter Ferdinando as a London cop who gets caught in the middle of a war between the Albanians and the Turks. The supporting cast includes Stephen Graham from “Boardwalk Empire” and “Kill List” co-stars Neil Maskell and MyAnna Buring.

7. The Connection – “The Artist” star Jean Dujardin returns in this epic crime movie as a cop who matches wits against a dangerous criminal, played by Gilles Lellouche. Director Cedric Jimenez has already earned props from the tastemakers at Drafthouse Films, which is handling the film’s U.S. release.

9 Summer Movie Burning Questions: Can Marvel, Disney Survive Success? Where Are the Black Movies? Is ‘Terminator’ a Crazy Gamble?