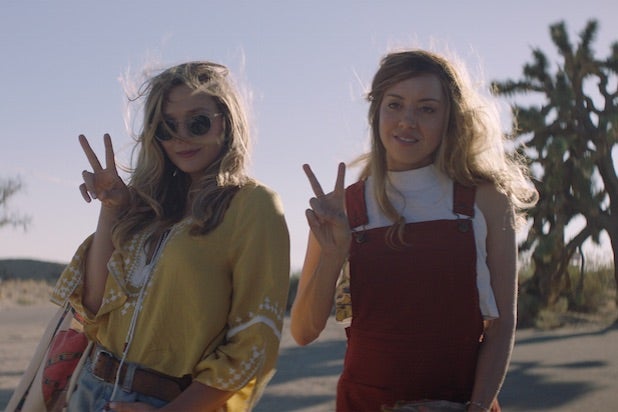 On paper, the idea of making a comedy about a mentally disturbed stalker does not sound terribly promising. On screen at Sundance, though, Matt Spicer’s “Ingrid Goes West” pulled off a tricky balancing act with style, drawing a rapturous reception in its world premiere at the Library Theatre on Friday night.

“Ingrid Goes West” is part black comedy, part psychological melodrama and part examination of the perils of social media, and it’s a lot of other things to boot. But Spicer has a deft touch with his story, and his cast marvelously fleshes out a bunch of people we care about even though, in most cases, we know we probably shouldn’t.

Right from the start, Spicer doesn’t make the task easy on himself. He opens by flashing back to an earlier event in the life of Ingrid Thorburn (Aubrey Plaza), a young woman who got obsessed with an Instagram star and ended up in a mental institution after she crashed the woman’s wedding and assaulted the bride. So when she targets another social-media star, Taylor Sloane, a photographer played by Elizabeth Olsen, and promptly cashes in her inheritance and moves to Los Angeles with a bag of bills to be close to Taylor, we know it’s not going to end well.

Ingrid is delusional and dangerous, but she manages to ingratiate herself into Taylor’s life, even somehow weaseling into BFF territory and garnering a social media following of her own. Given what we already know about Ingrid, this shouldn’t be fodder for humor, but the world of social media climbers is so ripe for satire that Spicer manages to get in shots that amuse but also sting.

Olsen is terrific as the young star who projects an idealized life one Instagram pic at a time, not realizing how seriously some people may take all that carefully crafted fantasy. But Plaza’s performance takes center stage for the entire film, and she makes us ache for this woman even as we’re laughing at her.

Things get worse and worse as Ingrid’s plot unravels and she’s backed into a corner. Her only ally is a landlord with a Batman obsession. He’s played by an absolutely priceless O’Shea Jackson Jr., who brought the house down with the world-weary line, “Tupac said there’ll be days like this.”

By the end, “Ingrid Goes West” turns into a serious (but still wickedly funny) examination of the way we’re all frauds on social media. In a Q&A that followed the premiere, Spicer said, “The film was kind of our way of working out our complex feelings about social media.”

How complex? Well, the conclusion of the film could almost be considered a happy ending for Ingrid — and just as the ending of Martin Scorsese’s “The King of Comedy” was meant to make us uneasy, so does this similarly themed film leave us with an odd combination of relief and dread.

It’s dangerous territory, to be sure, but Spicer, Plaza and Olsen take us for a wildly entertaining ride through the rough terrain.