No parent-children teams, no siblings and no best friends will be lugging backpacks and passports. Instead, the new season is 100 percent dating couples, five of whom are on a blind date during race around the world.

Of the 11 teams, six existing couples arrived to the starting line north of Los Angeles on Nov. 12, where 10 strangers became five blind date couples by the time Phil Keoghan raised “the claw,” his term for his arm-in-the-air start signal. 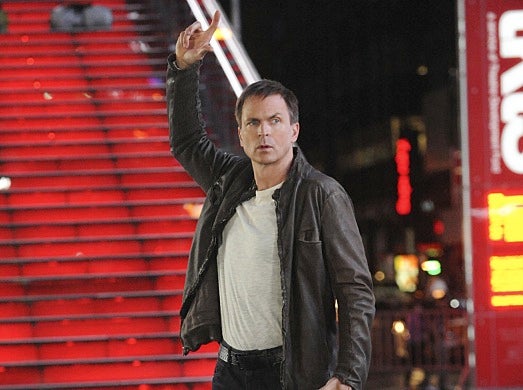 The blind daters are young and hot, with the look for reality TV (albeit with more brain matter in a few cases). One is a blind date gay couple, culled from the same young, handsome, and popular table in the casting cafeteria, but this male-male duo actually bears a physical resemblance to one another.

Though they only went halfway with the twist, producers are promoting the blind date angle full-on.

They feature the five blind date couples front and center in the season’s starting line half-moon lineup, an iconic opening visual for every season. In pre-race banter on the starting line, Keoghan directed almost all his questions and attention to the blind daters and their likelihood of finding love on “the most extreme blind date ever.”

For reality Smithsonians, NBC’s “Fear Factor” and ABC’s “Wipeout” did standalone blind date episodes several years ago. (Disclaimer: I once worked on both shows, also several years ago, but not on those themed episodes.)

“Patti Stanger, watch out,” co-creator and Elise Doganieri told me two days before the starting line meet-up. “I just looked at what we put together again. I think we have some real matches. If these people don’t fall in love, then there’s no hope for them.” 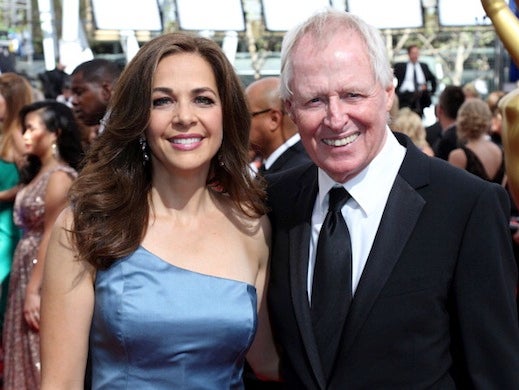 Co-creators and Executive Producers Elise Doganieri and Bertram van Munster, who are a couple themselves, arrive at the 2014 Emmys on their way in to a win. (David Livingston/Getty Images for TheWrap)

Producers and casting executives tell me they put effort in to making real matches. From my series of exclusive interviews and basic biographical information I had access to before the couples met, I believe them. From the pool of singles, the matches jumped off the page.

For one, a Florida nurse with a Florida naval doctor, another pair is a female fashion lawyer turned fashion blogger with a sports agent lawyer as her co-counsel for the race.

CBS’ casting czar for all of their reality shows, Lynne Spillman, rediscovered a tall blonde former “Entertainment Tonight” segment producer (who could double for Katherine Heigl’s character in “Knocked Up”) at the Water Grill in Santa Monica, and a few blocks away discovered her future partner, a big tall handsome transplant who had only recently landed on Silicon Beach with an app that captures the spirit of last summer’s ALS Challenge.

From the existing couples, the headliner is New Kid on the Block band member Jonathan Knight, who is running with his boyfriend Harley Rodriguez, a Barry’s Boot Camp trainer with a cult following.

With Doganieri and husband/producing partner/co-creator Bertram van Munster always fond of a wink at kitsch in each season, we are going to find out if they have “The Right Stuff.”

Knight is a huge fan of the show and has been trying to get on for four years. “It was always tour time,” Knight told me, explaining the delay. Unlike other celebs who walk on to other reality shows, Keoghan says Knight was so unaffected and genuinely nervous when meeting with executives and auditioning like a civilian.

For the first network reality show to exclusively feature pre-existing relationships on-air, and the one that has swept their Emmy category every year of its existence except twice in that format, and its reputation as the one show earning eyeballs from elites who claim they don’t watch reality TV, this “blind date” twist is a significant departure from format.

In individual interviews, each of head of the hydra–Doganieri, van Munster, and producer/host Phil Keoghan – each said they were merely “Hanging Tough” with their roots.

“It isn’t really a departure from format,” Doganieri said. “I like to a call it a ‘Super Twist.” There are people who are purists, who want to see teams of two who know each other all the way from young kids to grandma and grandpa, and there’s always room for that. The show just lends itself to this type of idea. It’s almost like, ‘Why didn’t we do this sooner?”

They could have done as far back as 2002, when some of these racers were in grade school and Simon Cowell had no Q rating.

“This was always on our radar,” van Munster reveals. “Basically, since Season 3. You always think about those options. It’s a pretty straight forward option.”

Not only has the show never featured this flavor of “Bachelor” reality romance, they dropped out-of-competition reality scenes from the “pitstops” years ago. For this season, producers will feature out-of-competition reality story that goes beyond incidental shots of maintenance eating and sleeping. In each leg, one team will pull a winning clue along the course to win a “Date Night” reward. Samples offered include a hot springs resort or massages.

“We’re going to see a lot of pitstop reality,” Doganieri promises. They are bringing in pitstop reality crews and will be shooting not just the race, but the couples reactions to each other.

“There’s going to be showmance for sure,” Doganieri for sure. “We’re putting them in very romantic places (for the pitstops and Date Night segments).”

Also Read: ‘The Bold and the Beautiful’ Gets the Reality TV Treatment

“Whats going to happen is we’re going to get story of the teams coming in and talking about ‘I can’t believe they hooked me up with this guy, he’s amazing,’” Doganieri continues. “Or ‘Oh my god, this girl is so terrible, but you know what, she’s hot so I am going to put up with her.’”

If the soundbites come through like this on screen – and I have not seen an episode yet – they could land like one of Chris Harrison’s breathless “Bachelor” promos.

It is hard to reconcile this intended result with Keoghan, van Munster, and Doganieri’s talking points from the fall season launch, when the show moved to Friday night. Then, they celebrated their move to Friday because of their undisputed kid fanbase who can stay up later on Friday nights more than they can on a Sunday school night. Jumping from school nights to exotic massage with a former Miami Heat dancer from Vegas opens a gap in the demographic venn diagram.

Of note, van Munster, Doganieri, Keoghan, and CBS inch away from tradition at the same time that their first generation network counterpart “Survivor” is moving in the opposite direction. Mark Burnett has been exploring the Race’s existing relationship hallmark recently, stunting two of the past three seasons with pre-existing-relationship pairs of contestants. They called those seasons “Blood vs. Water”.

To be fair, “The Amazing Race” takes big swings. In 2005, they took on a family season with teams of four including kids. It was not well received, nor repeated.

As of now, “Blind Date” is not a new thing that will be in every season.

“We would love a story to come out of this ‘Amazing Race’ about a couple that went on the most extreme blind date of their lives and found love,” Keoghan says. “A better headline would be “Couple goes on extreme blind date in race around the world, wins $1 million dollars. They’re buying their home and planning their first child.”

Also Read: Emmys: How ‘The Amazing Race’ Fights the ‘Been There, Done That’ Syndrome

As van Munster’s metaphorical creative child, he offered his unconditional love of any potential growing pains.

“At the end of the day, we are at the mercy of and the help of our viewers. They are our partners in this whole thing. If they like it, we’ll go do more. If they don’t like it, they reject it, we’ll go back to what we used to do.”

Or, what they are still doing.