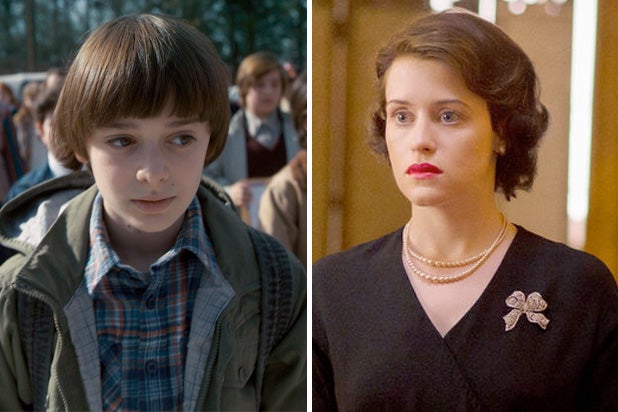 A version of this story about Netflix first appeared in the Down to the Wire issue of TheWrap’s Emmy magazine.

For the last 17 years, HBO has ruled the Seven Kingdoms of Emmy-dom. But this year House Netflix finally slayed the premium-cable network, garnering the most nominations of anyone with 112, four more than its main rival. It’s been a precipitous rise for the company once known as the place to get your DVDs by mail. In 2013, the first year Netflix began offering original programming, the stream received 14 nominations.

“HBO has led the way for many years and we have great admiration and respect for their team,” said Cindy Holland, Netflix’s head of original programming. “But we are most excited for the talent we work with, whose hard work has been honored by their peers.”

Though Netflix has been criticized for its “throw-everything-at-the-wall” approach to content, its nominations went to 40 different shows, led by “The Crown” (13 nods), “Godless” (12), “Stranger Things” (12) and “GLOW” (10). Holland thinks that proves that Netflix can appeal to both high- and lowbrow viewers.

“Quality and quantity are not mutually exclusive, and our goal is to provide both,” she said, noting how they have 130 million different subscribers to placate. “A dozen shows a year wouldn’t satisfy our audience.”

The company’s usurping of HBO also underscores the fact that the Emmys is no longer just for traditional TV. “I think more and more innovation has moved viewers to become platform-agnostic, and competition in the space has been a real bonus to viewers. I think the competition has brought some real innovation to the industry, including campaigning.”

Netflix has certainly upped the ante in that regard, pushing FYC spending to new heights. For the second year, the company held its “FYSEE” five-week showcase for Emmy voters, even opening it up to the public this time. The events, which were held on three separate soundstages at Hollywood’s Raleigh Studios, saw industry and guild members mingle with Netflix’s various cast and creators. (And around the time that nominations were announced, Netflix hired top awards consultant Lisa Taback to come onboard with her team as the new head of awards.)

“We take a lot of pride in trying to build promotional campaigns that meet the quality and caliber of the shows they are supporting,” Holland said. “It’s great to see our promotional teams match the creativity that comes in our programming.”