Pete Docter‘s got another Oscar, and now his kids are getting a puppy. At the moment, we’re not sure who the bigger winner is.

The “Inside Out” writer/director used the new Oscars Thank-You Scroll to reveal the good news to his children. At the end of his scroll, Docter had pre-written: “I love you Amanda, Nick & Elie — okay yes, let’s get a dog.”

TheWrap snapped a photo for proof, just in case dad tries to go back on his word: 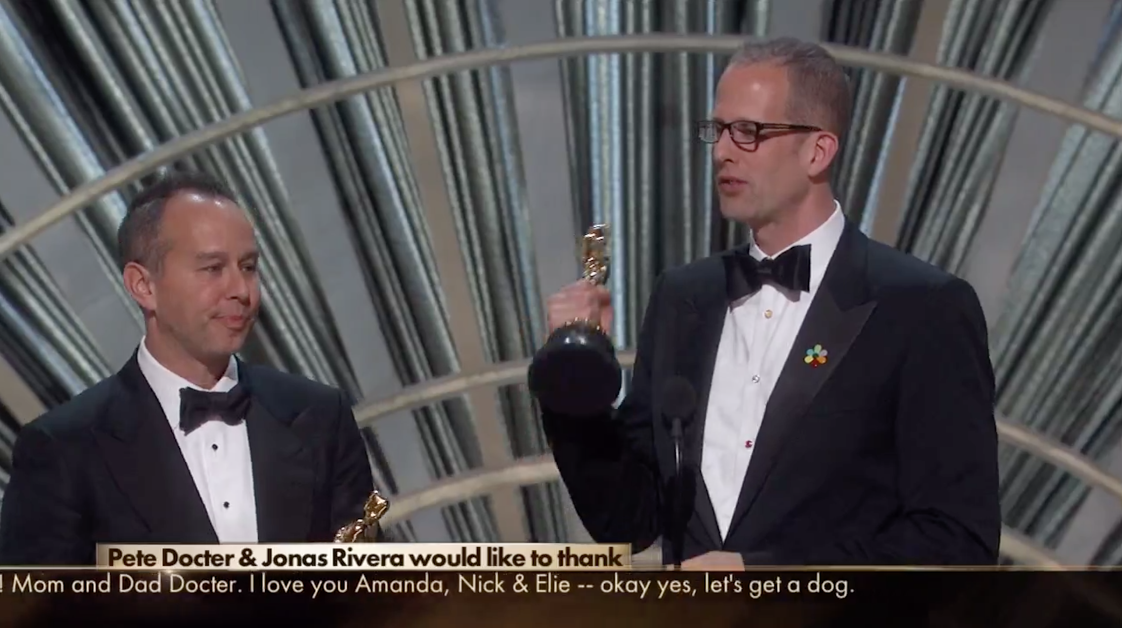 The Best Animated Feature victory marked the Docter dad’s second Oscar. He previously won the same award for “Up.”

A new innovation this year, the scrolls at the bottom of the screen featured each winner’s pre-submitted list of people they wanted to thank. The hope was to avoid awkward play-them-off moments in which winners who have dedicated their life to achieving this moment find themselves getting sonically swept from the stage.

Not everyone played along this year: Alicia Vikander, winner for best supporting actress for “The Danish Girl,” recited her thank-yous even as they scrolled.

USA Today noted that this year’s Oscar producers, David Hill and Reginald Hudlin, said before the show that they hoped the scroll would give the winners the opportunity to make powerful statements, unencumbered by time.

They asked winners to stick to the mere 45 seconds they’re allotted to speak, and urged them to use the dual thank-you formats — live and scrolled — to make meaning statements.