A frosty spit of rain could not dampen the premiere of Reese Witherspoon, Nicole Kidman, and Laura Dern’s new prestige HBO drama “Big Little Lies” in Hollywood on Tuesday night.

Written by David E. Kelley and directed by “Dallas Buyers Club” director Jean-Marc Vallée, the A-list talent crammed in to this TV project rightfully earned the treatment usually reserved for summer blockbusters: closed off streets for arrivals in to the Chinese Theatre and a sprawling party consuming the Roosevelt Hotel across the street.

It’s a format HBO roles out only for its heaviest artillery, like “Game of Thrones” and “Westworld.” 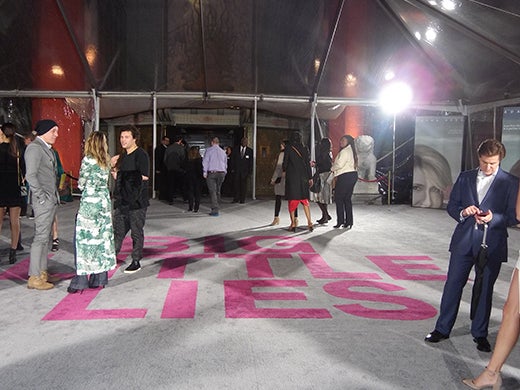 The two stars would halt their entourages for a video selfie (with a side dish of Keith Urban) in front of the venue before making their way inside. 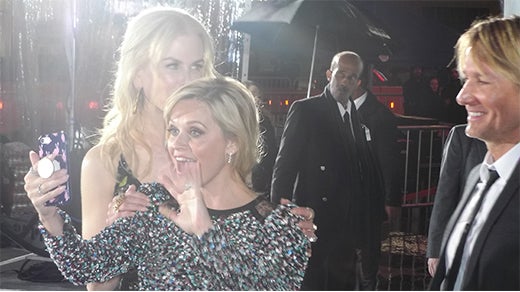 With Witherspoon in a shimmery silver dress and her spitting image daughter Ava in gold (below right, with Dern) you would be forgiven for confusing the mother-daughter duo from across the room. Several people had their heads on a swivel. USA Today called them “twins.” 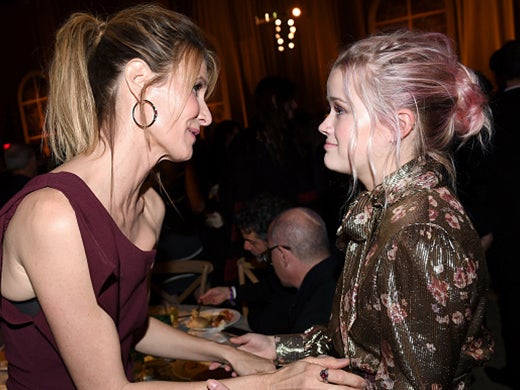 The daughter of Reese and ex-husband Ryan Phillippe is only three years younger than Reese was when the producer-actor-ladyboss broke on to the scene in 1996’s “Freeway”.

The sense of age-disorientation pervades the premiere episode as Dern (below, far left) plays a contemporary of Witherspoon in Monterey, California, where the power politics between moms at their children’s elementary school are wrapped up in a murder-mystery. It’s definitely different from “Wild,” in which Dern played Witherspoon’s mother. 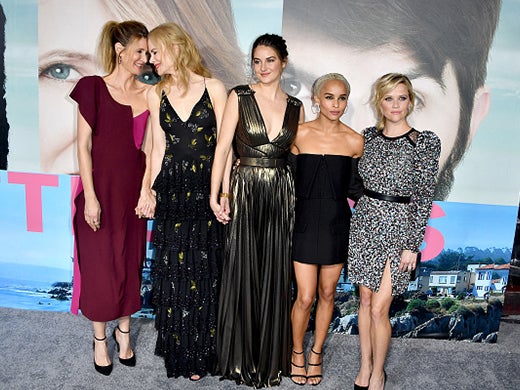 Shailene Woodley, who played a teen in the “Divergent” franchise as recently as last year, plays the youngest mother in the set. At 25 in real life, the math works out for Woodley to have a first-grader (aged six) in “Big Little Lies.”

HBO Programming President Casey Bloys opened the night by pointing out that the author of the source material novel, Aussie Liane Moriarty, was in the theater. With Nicole Kidman coming aboard, it provides “a shining example to our current administration that Australians and Americans can work together,” Bloys said. The laugh line drew huge applause. 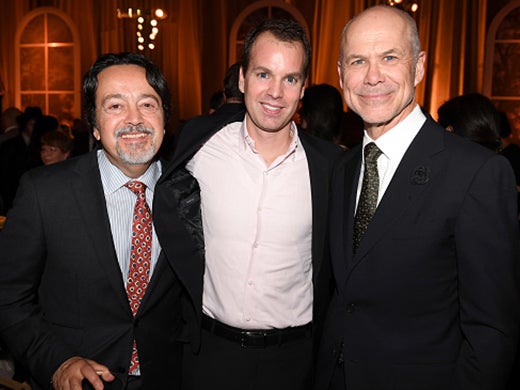 “I’m not shy,” Witherspoon shouted out, answering director Vallée’s call for the cast to emerge from the shadows and join him at the podium for introductions (below). That’s Witherspoon’s former Pacific Standard producing partner Bruna Papandrea shouting out the cast and crew on the far left. 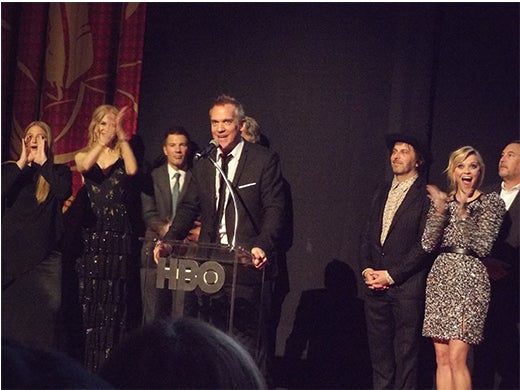 Kathreen Khavari, who plays “Samantha,” made a fashion statement… 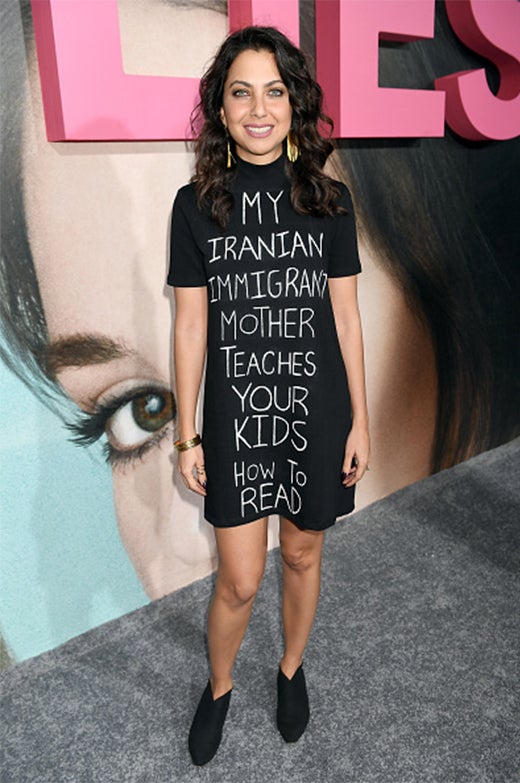 ..and greeted Valée happily after screening the first hour. 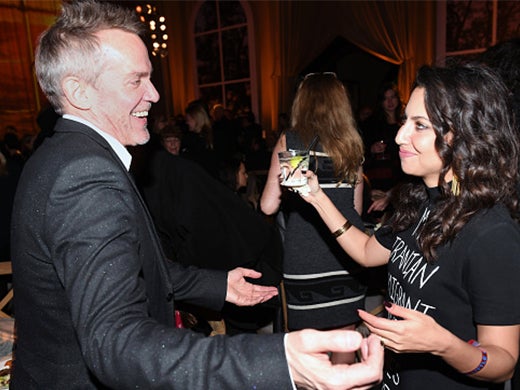 Guests made their way across Hollywood Boulevard in the rain, with LAPD showing little to no deference to the party people huddled on the corner. 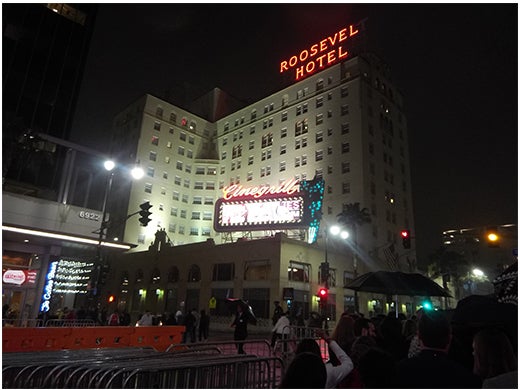 Very few industry people carry umbrellas, so most arrived to the original home of the Oscars with a light mist on their shoulders. In between promos for this weekend’s Grammys, the billboard under the Cinegrill neon touted “Big Little Lies”. 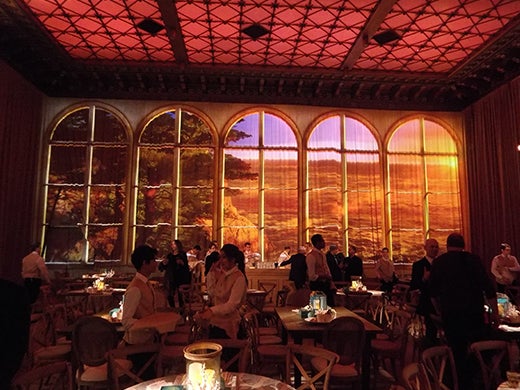 The decor imported wine-soaked Monterey sunset culture with an optical illusion twist. What appeared to be a still projection moved subtly, with small movements of the waves and trees visible only on a closer look over the top of your cocktail glass. Throughout the room, industry attendees included managers Sarah Shyn and Liz York and power attorney David Weber, who reps Vallée. 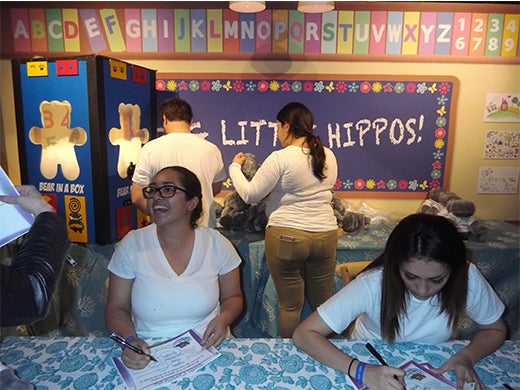 A replica “Otter Bay Elementary School,” that figures heavily in to the plot, churned out stuffed hippopotamus mascots as parting gifts. 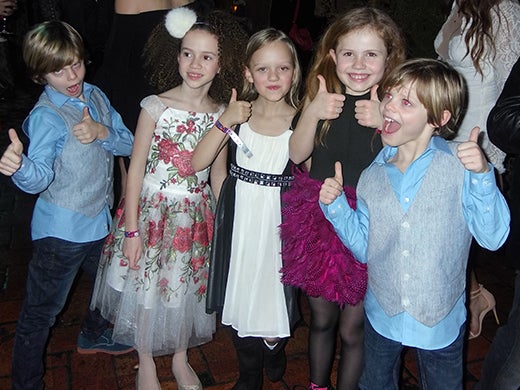 Look out “Stranger Things” kiddos. The “Big Little Lies” posse is about to take over your awards-show and media darling block. After 10 p.m. on a school night, they were still lighting up the Roosevelt bash.