The Sony hack was a corporate nightmare that reverberated through Hollywood, the U.S. State Department, the American workplace and popular culture. But, after a year in its shadow, what is life like on the Culver City lot where the crisis began?

For its employees, Sony Pictures Entertainment is a workplace in recovery from a class-action lawsuit and the violation of leaked personal information, staffers and industry insiders told TheWrap. For the executives, the past 12 months have been a course-correcting exercise and a mad dash to improve morale.

The mission critical decision that has had the most impact on present-day SPE was CEO Michael Lynton‘s stabilizing of the motion picture group, which saw its chairman Amy Pascal removed in the wake of what was deemed state-sponsored terrorism on the part of North Korea. 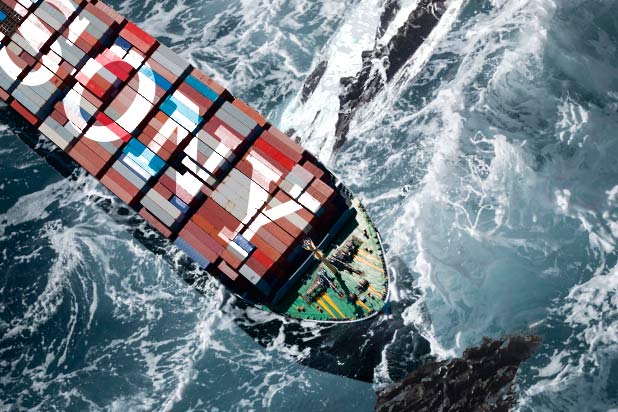 “Tom is exactly what the studio needs but it’s not like flipping a switch,” one high-ranking Sony insider told TheWrap. “Summer was a rough ride and it takes a while to turn a ship this big.”

That ship, according to another executive that works closely with Sony, had been sailing toward major changes long before the hack thrust the company into chaos.

“The entire culture of Sony has been changing for years. It’s certainly been accelerated by what happened, but many of these changes predate the hack, including a full corporate reassessment,” according to the executive.

Lynton’s installation of Rothman was a crucial decision in moving the company forward — one that will have a lasting effect on the brand for years to come.

Sony has long endured a creative identity crisis, which TheWrap explored in July. Competing studios have distinct offerings for the marketplace: Disney and its massive brand acquisitions in Marvel, Lucasfilms and Pixar, Fox and its filmmaker-driven franchises and so on. Sony has been all over the map, to say the least.

Rothman is now charged with major intellectual property like the “Spider-Man” franchise (which Pascal is producing through her new deal with the studio) and Paul Feig‘s female “Ghostbusters” and possible spinoff films — not to mention the massive undertaking of Stephen King‘s “The Dark Tower,” a movie trilogy with a sister TV series that Sony is developing with MRC.

“It wasn’t the easiest thing to change the leadership,” the studio insider said. “People have taken to him. No one knew much about Tom, but the people who have worked with him are really starting to like him.”

As a leader, Rothman is said to have a more global strategy and intends to rein in what the insider called the “spending habits” of his predecessor. Creatively, Rothman “has a very different approach to the slate than what was here before,” the insider said.

Another top-level individual familiar with Rothman’s choices specifically pointed to his scaling back the budget on “Passengers,” a space romance starring white-hot actors Chris Pratt and Jennifer Lawrence.

“Tom knows what a movie like that needs to succeed in terms of budget,” the insider said.

Robert Lawson, who came on board just after the hack as a communications consultant, was hired as Sony’s head of corporate communications in May. Steve Mosko, longtime president of Sony Pictures Television, was promoted to chairman in late September. Columbia Pictures president Hannah Minghella took the TriStar gig vacated by Rothman.

Amid the changes, Lynton has been a symbol of consistency, if occasionally a weary one. Lynton has frequently found himself defending the decision to fire Pascal, and to answer for the general health of the company.

At an October leadership summit hosted by Vanity Fair, Lynton expressed disdain for the industry’s curiosity over leaked Sony emails.

“The part that was distressing was the extent to which people decided to go through it,” Lynton told moderator Walter Isaacson. “People come up to me at lunch and say, ‘I just read your e-mails with so-and-so,’ and it was interesting. To me, that’s an odd way to spend an afternoon.”

But there is no doubt that Sony has had a difficult year, both off screen and on. The studio has released 11 films in 2015, and only a handful have emerged as hits while some have been staggering flops. So far this year, the studio ranks fifth in overall box office and accounts for 7.8 percent of the market.

The studio’s biggest hit, and the only 2015 release to top $100 million domestically, was the animated sequel “Hotel Transylvania,” which has grossed $156 million.

The company posted a $187 million loss for its second quarter, a figure it blamed on “the decrease in Motion Pictures sales as well as higher worldwide theatrical marketing expenses.”

In another troubling sign, both of Rothman’s first two TriStar projects, Meryl Streep‘s “Ricki and The Flash” and Joseph Gordon-Levitt‘s “The Walk,” were commercial disappointments. The latter has grossed just $10 million on a $35 million budget.

There is a silver lining. Sony had five No. 1 weekends between August and November with the low-budget religious drama “War Room,” Screen Gems’ romantic thriller “The Perfect Guy,” the spooky family giant “Hotel Transylvania 2” and Jack Black‘s “Goosebumps.” The most recent was this past weekend’s Bond franchise installment “Spectre,” with the Daniel Craig film raking in $73 million.

“You’d be surprised what four No. 1 weekends does for morale,” the Sony insider said ahead of this past weekend’s fifth win.

Hit movies make executives smile. And heightened security measures suggest the company is serious about preventing a future hack. One senior Sony executive described an “annoying” new rule that all drafts of legal documents not only require password protection but that outside parties must place a phone call to the studio to learn the password.

Still, the settlement of the aforementioned class-action suit has gone a long way to mollifying the roughly 3,500 employees on the lot (that and free barbecue every Wednesday, according to another employee).

In October, the company settled a class-action suit brought by a contingent of current and former employees who claimed SPE was negligent in the leak of personnel information — which included Social Security numbers and medical records. Sony agreed to provide up to $4.5 million in compensation, including $2 million for unreimbursed expenses and up to $2.5 million for losses from identity theft.

For employees who paid for preventative measures against identity theft, Sony will provide up to $2 million, with $1,000 being the max for each individual. They’ve agreed to pay up to $10,000 per individual for actual losses from ID theft. The studio will also provide identity theft monitoring services through December 2017, free of charge.

“The monitoring works. I get constant notifications. I feel safe,” one employee said. “Or,  I feel safer.”