As Emmy parties saturated West Hollywood and Beverly Hills before Sunday’s telecast, here’s what the nominees were saying and doing on the fun side of the velvet rope.

The 6 Degrees of Matt Damon 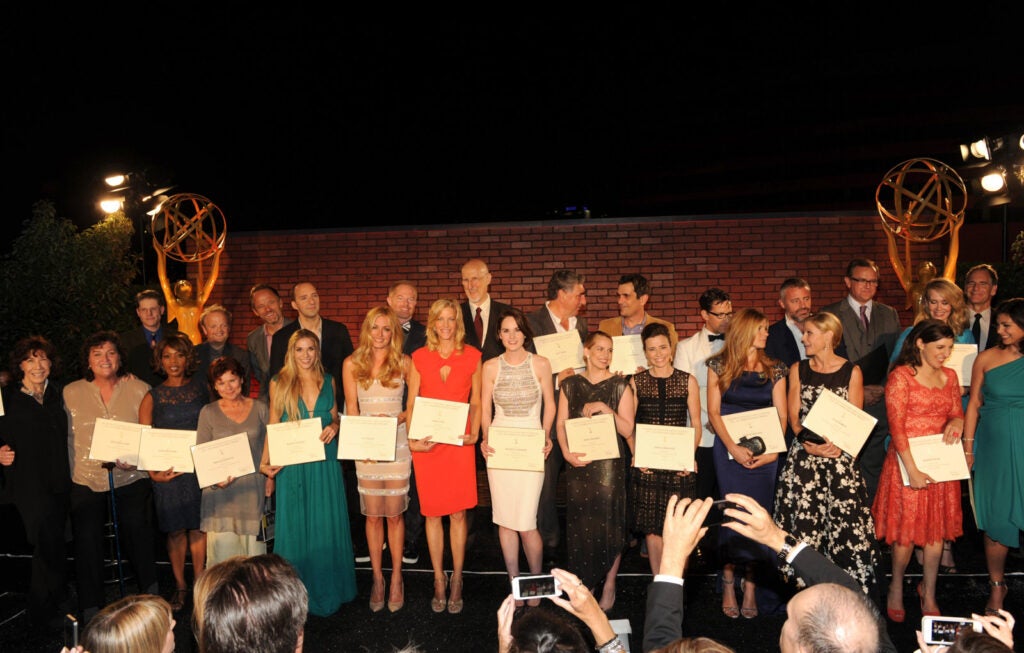 The acting nominees gathered for a class photo at the Pacific Design Center on Friday night.

Sometimes, being first is the worst: Nominees Hugh Bonneville and Scott Bakula anchored the back corner during Friday night’s roll-call of actor nominees at the Television Academy’s reception for performer nominees at the Pacific Design Center on Friday night. They earned the longest wait on stage when Academy CEO Bruce Rosenblum called them up at the top of the procession.

When “Downton’s” Lord Grantham wasn’t passing the time snapping his TV-daughter Michelle Dockery (front and center) on his iphone during the 15-minute ceremony, he and Bakula fell in to a “real-talk” conversation. Besides Bonneville coaching Bakula on his English accent, they bonded over Jimmy Kimmel’s nemesis: Matt Damon.

While Damon played the lead in “Behind the Candelabra” with Bakula, Bonneville worked with the actor earlier this year on awards contender “Monuments Men.”

“I had a blast doing that,” Bonneville told TheWrap. “I was only on it for a few weeks but they made me feel very welcome. ”

The very pregnant Morena Baccarin also got a long wait on stage after an early call-up. “It was mean,” she half-joked afterwards.

This is Not Bryan Cranston

Do not be surprised when you see Lewis on the red carpet (or on stage) on Sunday night — he debuted the new look at Showtime’s pre-Emmy party at the Sunset Tower on Saturday night. 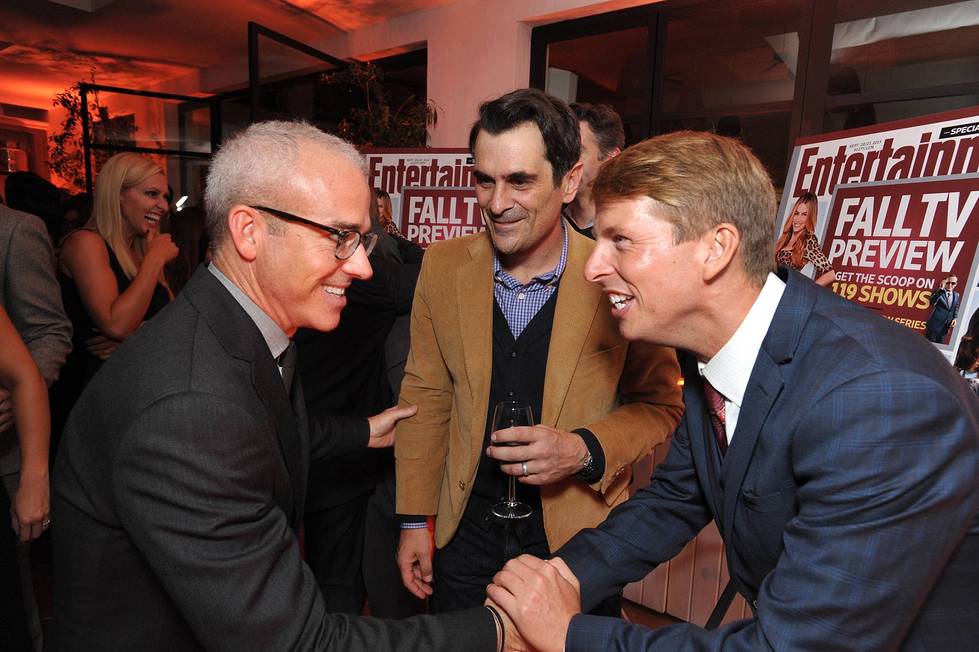 Entertainment Weekly’s bash at Fig and Olive won the Friday night party bracket. MVP credit goes in part to another winner in the mix.

There were the expected high-end TV faces like Padma Lakshmi, Elisabeth “Lizzie” Moss, and duo Eric Stonestreet and Jesse Tyler Ferguson (“not sick of him yet” Ferguson told me) enjoying the cross-cast cocktail party.

Wade had been at CAA’s crème-of-the-crop fete at Bouchon in Beverly Hills earlier in the night, which figures, as he’s a sports client. Wade also did Leno and an appearance on a Disney show this week in what may in hindsight look like a test drive through a varsity scene of off-court extracurriculars (sorry, South Beach).

For those watching the calendar, Wade can opt out of his Miami Heat contract after this season.

From Brooklyn, DJ Mick’s decade audio hopscotch resonated with Michelle Dockery, who noted the absence of a dance floor. Tunes ranged from the predictable (“Get Lucky”), to smart (Diplo), to surprises from the 80s: Bobby Brown’s “On Our Own,” a soundtrack throwaway from 1989’s “Ghostbusters II” that actually felt at home at an EW party. 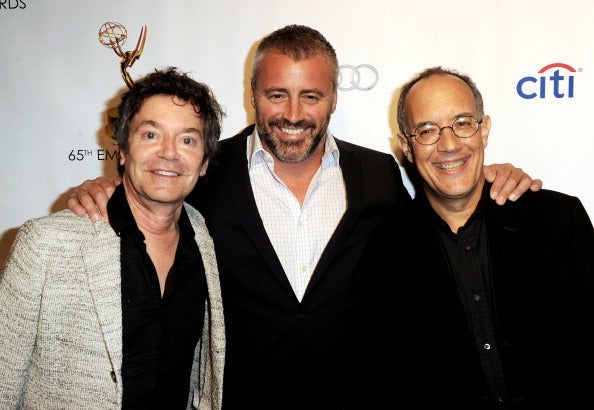 The clip package for Outstanding Lead Actor in a Comedy Series could double as a campaign for Massachusetts’s Newton North High School fine arts programs.  Matt LeBlanc and Louis C.K. graduated together in the class of 1985.

In another parallel, both play stylized versions of themselves on their respective shows Showtime’s “Episodes” and “Louie.”

They’re well aware of the comparisons. “We worship Louis C.K.,” “Episodes” creator David Crane told TheWrap at the Writers Nominee Reception on Thursday night. “We just look at his stuff and go ‘Why are we writing? He is so good. Why do we even try?,” creator Jeffrey Klarik added.

“Alright, hold on, hold on” LeBlanc chimed in, dialing his producers back. “There’s room for a lot of greatness.”

Throughout Emmy week, LeBlanc and his “Episodes” creators/showrunners have been an inseparable troika. From the aforementioned reception, to swagging together at Kari Feinstein’s lounge at the Andaz on Friday, through Friday night’s nominees’ reception, and Saturday night’s Showtime party, this show seems to enjoy each other as much as the on-screen team loathes their fictitious network.

“The networks we are working with are the exact opposite of the network on our show. The notes are smart, and there aren’t that many of them,” Klarik said.

The Other HBO Party 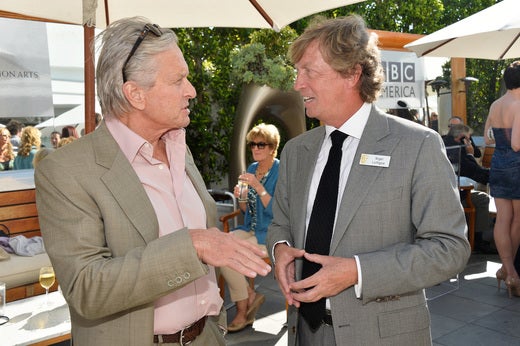 One captain of HBO’s awards ship: Michael Douglas, here with Nigel Lythgoe at the BAFTA LA TV Tea at the SLS on Saturday afternoon.

Anyone who’s driven on San Vicente in West Hollywood the past few days has seen HBO’s massive installation taking shape. However, the highly sought after post-Emmys party is just the finale.

With 110 nominations compounded by the talent and their guests in town, the Four Seasons in Beverly Hills has become Home Box Office’s actual home the past few days.

The second floor hosted a talent-only suite on Saturday. (One non-HBO face that earned an invite and showed up –  Prince Jackson.) Later on Saturday night, HBO Programming President Michael Lombardo was set to host a cast dinner downstairs in Culina.

“They make it really personal. They really do,” ‘Game of Thrones’ star Kit Harrington told TheWrap of swimming in HBO’s awards sea at BAFTA LA’s TV Tea on Saturday.   “It does feel like you’re part of an exclusive family. One day I’ll have to leave it and be sad, but I’ll feel like I’ll always be part of that HBO crowd.”

Harrington says he heard 3000 others will want to be part of “that HBO crowd” in the big party on Sunday night.

Seatmates and Backstage at the Show 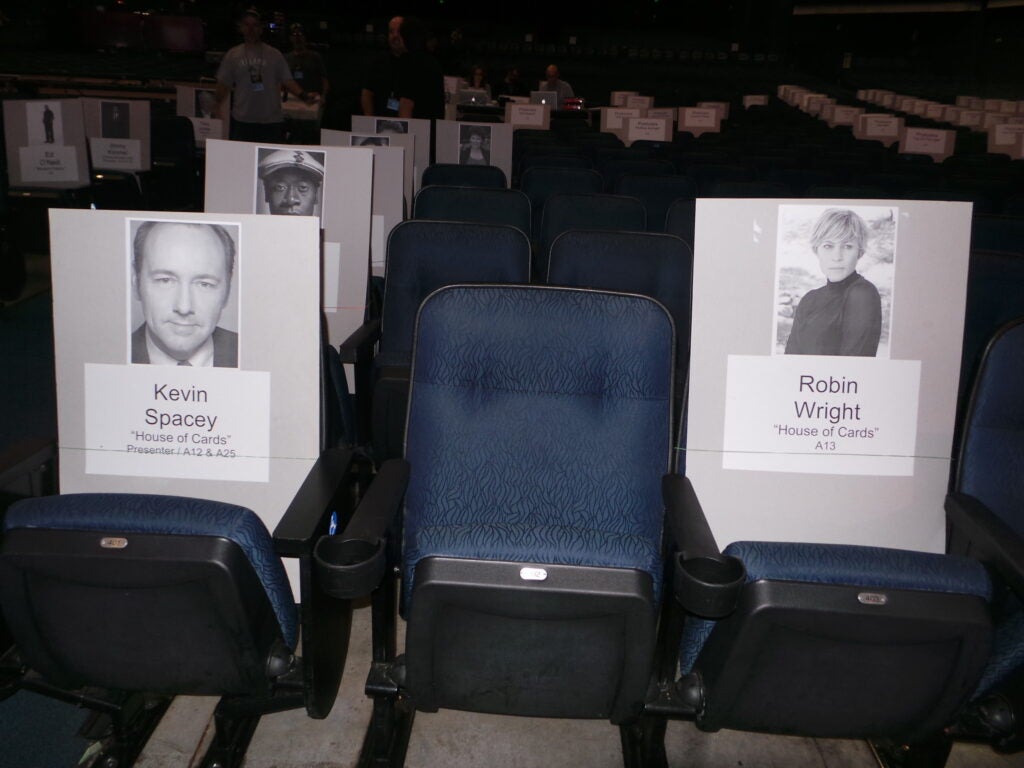 Michael J. Fox and Elton John will be neighbors in the 4th row. 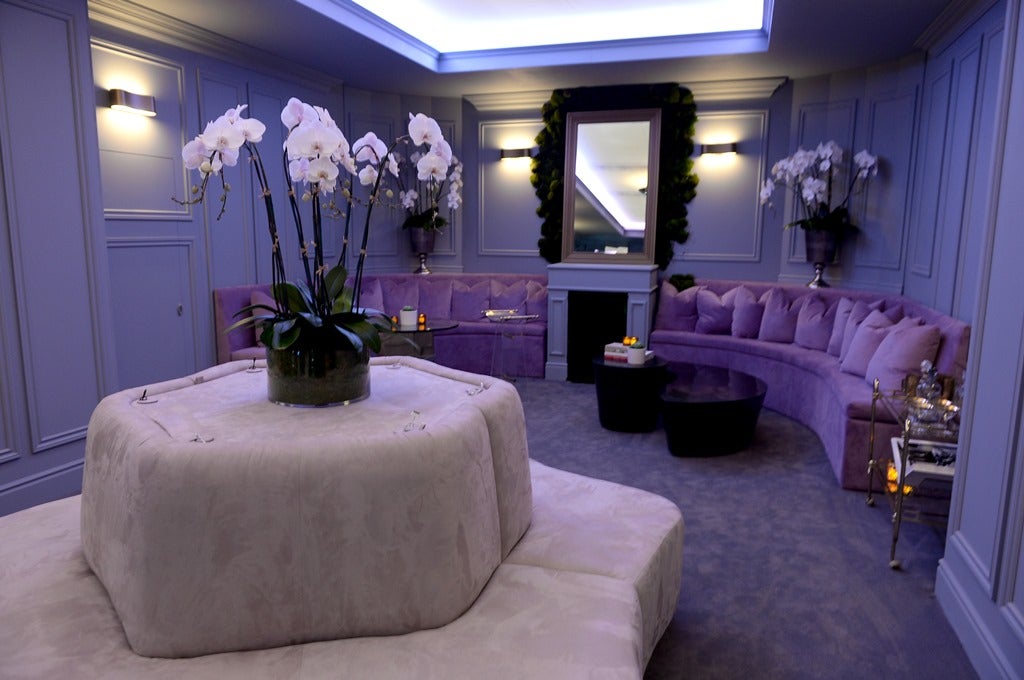 Onstage but out of view, the Audi greenroom (above) has moved about 20 feet stage left  this year and now has cell phone chargers, both Iphone and Android, built in to this center banquette. There’s expected to be champagne in this space, but no raging bar due to the proximity to the actual broadcast. 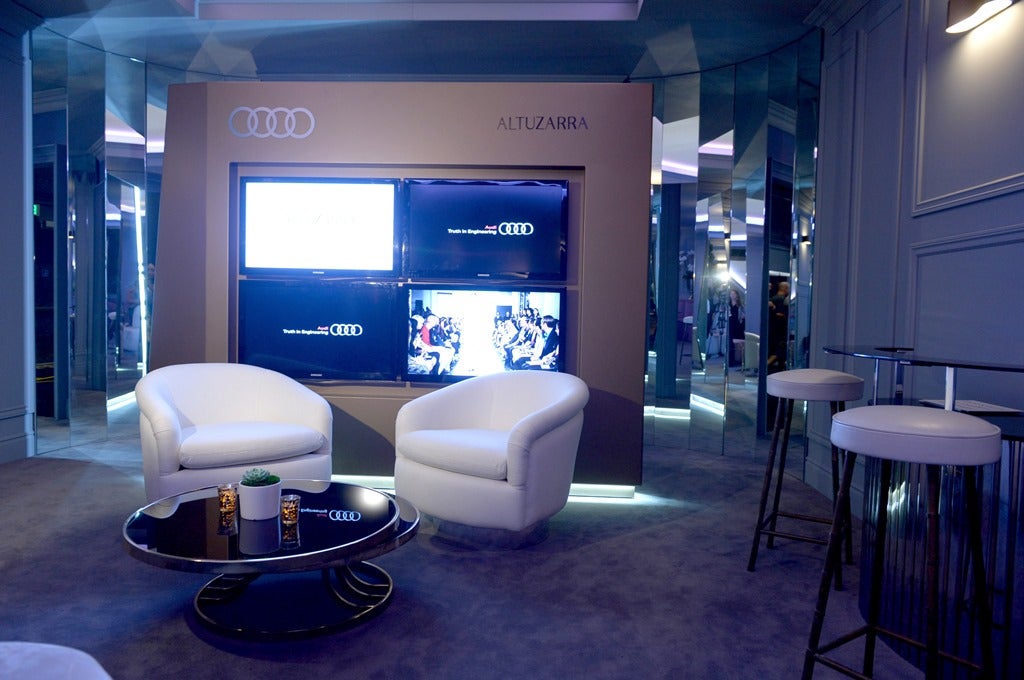 Designer Joseph Altuzarra designed the space that was sketched out to be a sanctuary, carrying through the theme from the Audi TDI sedans that are hauling all the presenters to the Nokia and then out on the town Sunday night. Take note though, the Academy’s live online backstage feed includes a greenroom camera.