Senator Elizabeth Warren, NBA legend and “Stealing ” author Kareem Abdul-Jabar and comedienne Tig Notaro were guests on Friday, April 3 for the inaugural show, which went so well producers shot past the one-hour mark and kept streaming live on HuffingtonPost.com for an extra 20 minutes. TheWrap was exclusively inside the taping and behind the scenes that week with hosts Sekoff, Hill, producers and writers as they prepared for the big launch.

“We dreamed of getting great guests, having a great audience and having material that lands well and we checked the boxes on all three,” Hill told TheWrap immediately after the show wrapped.

As for running long, Sekoff says they don’t feel constrained by time since the show will be primarily consumed in a VOD format and can be edited after the fact. “This is the beautiful thing about the Internet, we’re not having to hit a commercial at 22 minutes. It’s not like we have a very limited time so this gives us the freedom to play and gives us the freedom to move things around.” 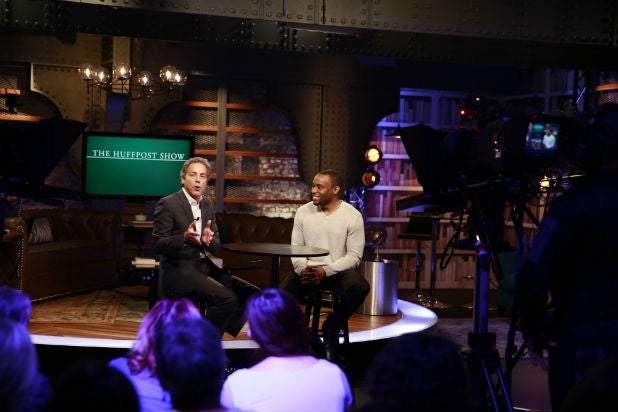 “The HuffPost Show is for people who can never get enough of good, smart, funny conversation” explained Hill. 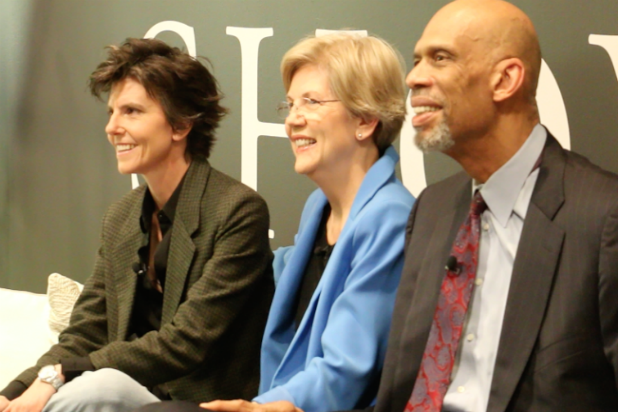 “Over the course of the first 10 weeks we’re only going to have 30 guests so it’s a little like casting a play. We want to have diversity of opinion,” Sekoff explained of their criteria for choosing guests. 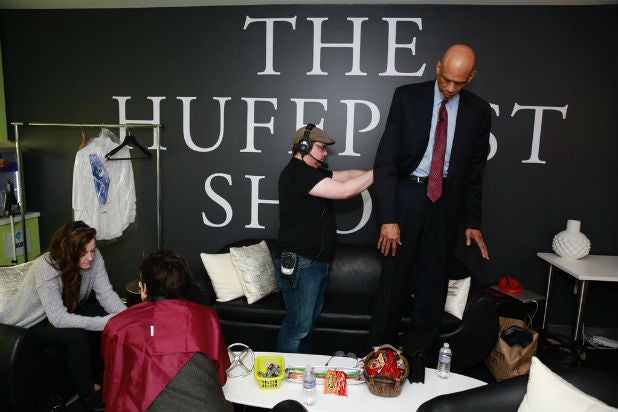 Kareem Abdul-Jabar took time out from his  book tour promoting his YA novel “Stealing the Game” to appear on the show.

“The HuffPost Show” Hosts Give Advice to “Daily Show’s” Trevor Noah: Don’t Be Dictated to by “Offense Trolls” 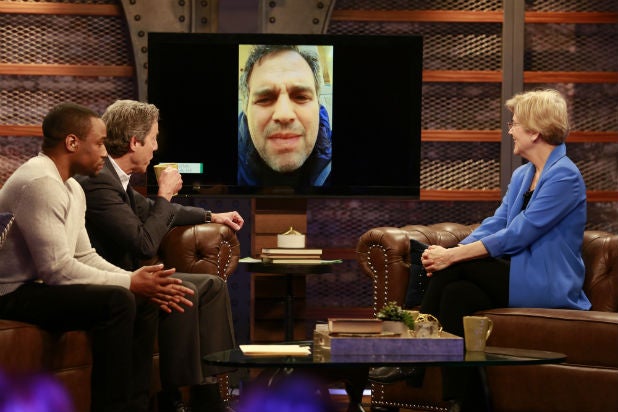 The show featured a man-on-the-street interview with actor Mark Ruffalo, who begged Senator Warren to run for president. She declined.

Watch special time-lapse of “The HuffPost Show” staging of the set. 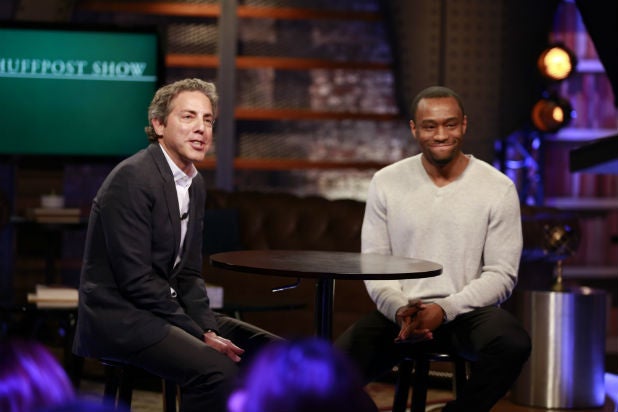 “I think there is a massive group out there that is just waiting to be offended,” Sekoff said in the wake of Trevor Noah’s Twitter firestorm. The HuffPost Show hosts says they refuse to let the satirical news show be “dictated by the offense trolls.”

Also Read: ‘HuffPost Show’ Hosts Tease What to Expect From Series in Wrap’s Behind the Scenes Look (Exclusive Video)

Behind the Scenes of 'The HuffPost Show' Hosted by Roy Sekoff, Marc Lamont Hill (Photos)

The calm before the storm